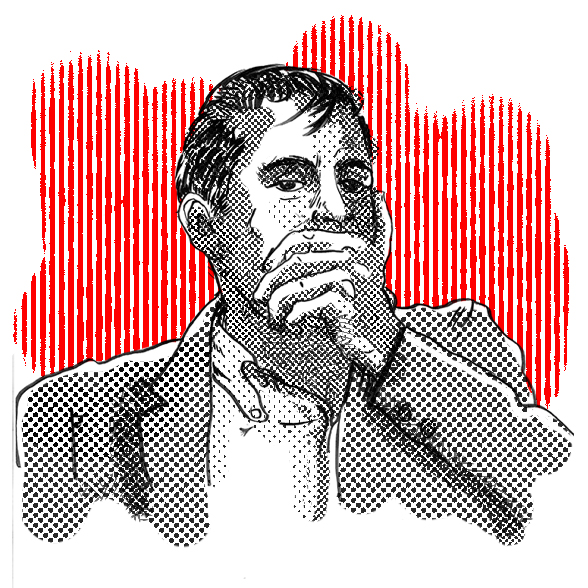 I love scary movies. I have loved scary movies since I was a kid. The problem is… they don’t really scare  me. The classic Universal Monster movies from the 30s and 40s were great, but I thought Dracula, Frankenstein and even The Wolf Man were cool, just not scary. When I was a teenager my mom introduced me to a great movie from 1944 called The Uninvited. It was one of the first Hollywood films to present a ghost story in a serious manner. Previously, ghost stories were always played for laughs. The Uninvited  was eerie, but, unfortunately, it didn’t scare me. In the 60s, Hammer Films, a British studio, remade a handful of Universal’s pictures as full-color, blood-drenched spectacles with erotic overtones. I was hardly frightened by these movies, as my budding hormones found the abundance of heaving bosoms very distracting from the horror. The Japanese imports, like Godzilla and Rodan, didn’t do it for me either and The Exorcist  actually made me laugh.

In the late 70s and early 80s, a new genre of scary movies was introduced — the slasher film. The original Halloween, A Nightmare on Elm Street  and Friday the 13th were all cleverly written and very entertaining. Sure, I jumped at each one’s climactic finale, but I was not what would be described as “scared”. (Don’t get me started on the awful sequels to these films.) Again, my mom pointed me in the direction of Alfred Hitchcock‘s Psycho  from 1960. Goddammit, if that bastard Hitchcock didn’t scare me at last!

Psycho  is the perfect scary movie. Why? Because Hitchcock manipulates the shit out the audience. Everything he does goes against the norm. SPOILER ALERT IF YOU HAVE NOT SEEN PSYCHO. First, he introduces the heroine as a thief. Then, he kills her — the film’s star — a mere 45 minutes into the story. Psycho’s  killer isn’t a terrifying monster. He’s a good-looking, well-mannered young man; the guy next door. He offers candy to an investigating detective, for Christ’s sake! At one point, Hitchcock actually has the audience worried for the killer’s well-being. Most importantly, Psycho has the twist ending that all other films wish they had. Oooh, that Hitchcock!

Alfred Hitchcock secretly purchased the rights the Robert Bloch’s novel for nine thousand dollars and then bought up all of the individual copies of the book that he could find to protect the surprise ending. Psycho  was released to theatres with explicit instructions that no one was to be admitted once the film began and he implored movie audiences not to reveal the ending to friends. It was genius marketing. The film, shot in thirty days for $800,000, earned over forty million dollars.

I have seen Psycho countless times and, although I know every scene and every line of dialogue, it still scares me. No other film comes close. Now, that’s  scary.