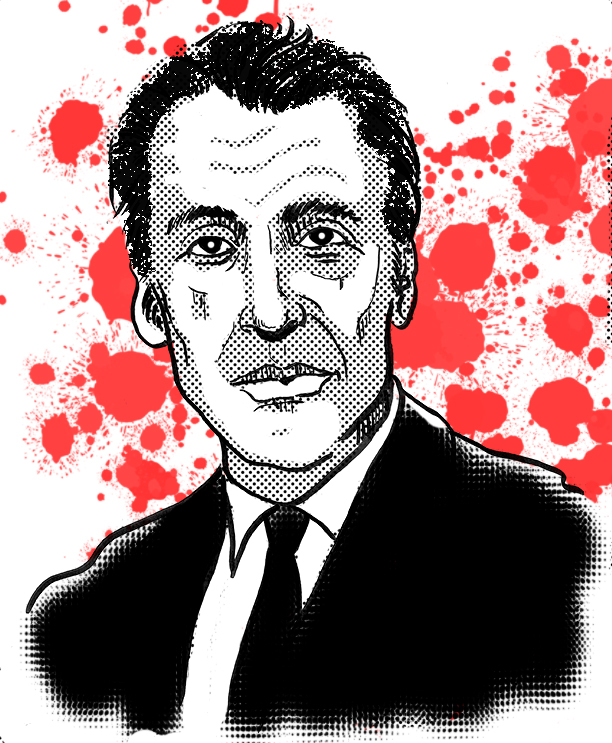 After his discharge from the Royal Air Force, Christopher Lee could see returning to his job as a switchboard operator at Beecham Pharmaceutical. Instead, he thought about the few stage roles he had in school productions and decided to pursue a career as an actor. After discouraging meetings with several producers, including one who told the young Christopher that he was “too tall” to be an actor, he was signed to a seven-year contract with the Rank Organization, a huge British film conglomeration headed by the respected Arthur Rank.

Christopher plugged along in countless stock action roles alongside such screen greats as Douglas Fairbanks Jr., Buster Keaton and Laurence Olivier. In 1957, he made his first of many films for the fledgling British studio Hammer Films. He starred as the monster to Peter Cushing’s “Dr. Victor Frankenstein.” in The Curse of Frankenstein. Christopher has met Cushing while at Rank and the two became frequent co-stars and lifelong friends. This was Hammer’s first color film and its first entry into its Frankenstein series. It was an unqualified success and kicked off Hammer’s reign as the “goriest” film studio in the horror genre. Christopher enjoyed a twenty-year run with Hammer.

In the middle 1970s, Christopher explored other genres, including action, drama and science fiction, although new never strayed far from horror. Once he moved to Hollywood, he took roles in mainstream films, working with Disney as a villain in 1978’s Return from Witch Mountain. He showed a lighter side to contrast his screen persona by hosting an episode of Saturday Night Live. Earlier he had turned down the role of “Dr. Barry Rumack” in the disaster spoof Airplane!, a decision he later regretted. (The part went to Leslie Nielsen.)

Christopher entered film history as part of two of the biggest and most beloved franchises — The Lord of the Rings and Star Wars properties. His friend Peter Cushing appeared in the first entry in the Star Wars canon, “A New Hope.” In 1999, he made his first of five appearances in films by director Tim Burton.

Christopher branched out to an unusual side project. In 2010, he released his first heavy metal album, after a few dalliances into music. He release three collections of covers, including one to acknowledge his 92nd birthday. He was also featured on the debut album by supergroup Hollywood Vampires.

Christopher passed away on June 7, 2015 just after his 93rd birthday. However, the news was not made public by his family until four days later. He was also honored at the 88th Academy Awards in February 2016 in the annual “In Memoriam” segment.