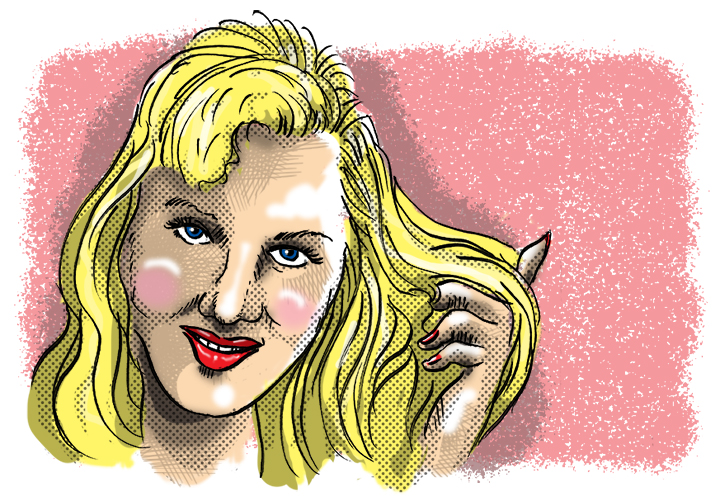 Kathy O’Dare was born in Los Angeles, the daughter of a popular local TV show host. She followed in her father’s show biz footsteps, making her acting debut in 1968 at the age of 11 as a member of the notorious “Sour Grapes Bunch” on the children’s psychedelic showcase The Banana Splits. Her second role didn’t come until she was a teenager, when she appeared as one of two dates of Peter Brady’s on a memorable episode of The Brady Bunch. (Denise Nickerson, of Willy Wonka fame, played Peter’s other date.) She popped up on several detective series before showing up on the first episode of Happy Days playing “Mary Lou Milligan,” a girl with a rumored reputation that Richie Cunningham (Ron Howard) pursues. Kathy later co-starred with Howard in the 1976 low-budget hot-rod film Eat My Dust, which was written and directed by Charles B. Griffith, the writer behind Little Shop of Horrors, Bucket of Blood and other campy, popcorn classics.

Kathy disappeared from performing after 1978. She sadly passed away in 2010 at the age of 52, leaving behind a daughter.