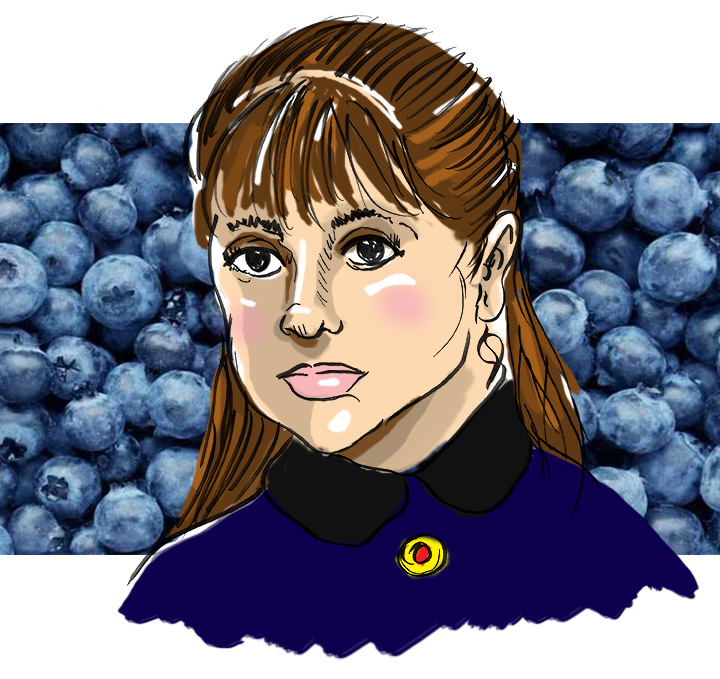 Denise Nickerson was best remembered for her iconic role as “Violet Beauregard,” the gum-snapping daughter of a pushy used car salesman in the 1971 film Willy Wonka and the Chocolate Factory. Fresh from her multi-character casting on the Gothic soap opera Dark Shadows, Denise’s popularity was given a huge boost as a result of her appearance in the candy-swirled fantasy. She landed a role on the PBS children’s series The Electric Company, as well as bigger parts in feature films like the Michael Ritchie satire Smile and the cult action film Zero to Sixty. She also appeared in a final season episode of The Brady Bunch as one of two dates Peter arranged for the same night. Denise was one of a group of actresses that auditioned unsuccessfully for the role of demon-possessed “Regan MacNeil” in The Exorcist, along with Brooke Shields, Melanie Griffith, Anissa Jones, Kim Basinger, Jaime Lee Curtis and April Winchell. At twenty-one, Denise decided to leave show business and pursue a career in nursing. She still managed to make appearances at fan conventions and at a Willy Wonka reunion on The Today Show in 2015.

In 2018, Denise suffered a debilitating stroke. After a hospital stay, she moved in with her son and daughter-in-law who would take care of her. In July 2019, Denise ingested a large amount of her prescribed medication while her son and daughter-in-law were out. She was found unresponsive when they returned home and Denise was taken to the hospital. She fell into a coma and, with a DNR order in place, was taken off of life support. She passed away on July 10 at the age of 62.