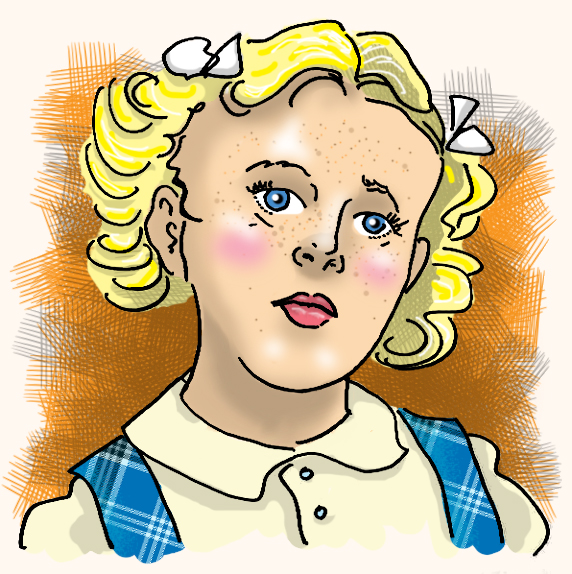 WFMZ, a local affiliate just outside of Philadelphia, picked up MeTV, the syndicated retro television network that presents programming exclusively from the 1950s, 60s and 70s, around the same time that Meredith Viera stepped down as co-host of The Today Show on NBC. When the insipid and unwatchable Ann Curry took over Meredith’s duties, I switched my morning television loyalties to MeTV… and I never looked back. Now, instead of watching plane crashes, police standoffs, celebrity scandals and other overhyped and sensationalized current events, I can start my day with a blast from my past. Instead of listening to some Washington pundit explain the detrimental backlash of the next Presidential proposal, I can happily lose myself in the inane antics of Jethro Bodine and stare dreamy-eyed at Katie Douglas.

In 1966, a new show called Family Affair premiered on CBS. MeTV added reruns of the series to their early morning line-up, wedged between Petticoat Junction and My Three Sons. As with all of MeTV’s offerings, the episodes were shown daily and in chronological order. Family Affair was the brainchild of Don Fedderson, whose creation My Three Sons was enjoying a successful run since it began six seasons earlier. It told the story of confirmed bachelor Bill Davis, a wealthy gruff construction consultant, whose life is turned on its ear when his teen-age niece and her twin siblings are dumped on the doorstep of his Manhattan high-rise after their parents are killed in a car accident. “Uncle Beel,” as the twins come to call Davis, is at first agitated by the situation, but soon develops a loving and protective relationship with the children — much to the chagrin of his stuffy British “gentleman’s gentleman,” Mr. French.

Anissa Jones was eight-years old when Family Affair began. She was cast as Buffy Davis, the female half  of the orphaned twins of Bill Davis’ brother. Buffy was supposed to be — and remain at the behest of creator Fedderson — six-years old for the full run of the series. So for all 138 episodes, Anissa grew and aged as a normal adolescent, but her onscreen persona stayed a child. In addition to the grueling shooting schedule, Anissa was sent on countless publicity appearances to promote Buffy paper dolls, lunchboxes, coloring books and other Family Affair-affiliated products. In 1971, during Family Affair‘s final season, thirteen-year old Anissa was having her blossoming chest bound and her hair fixed into youthful pigtails in a feeble effort to maintain a juvenile appearance.

Although I never really liked Family Affair when I was little, I watch it now on MeTV with a new appreciation. I saw that Anissa had something over her two young co-stars. She could act. I mean she could really display a convincing range of feeling and emotion. Kathy Garver (who played sister Cissy) was just another in a long line of cookie-cutter TV teens, bubbly and happy one minute and angst-ridden the next — all played with the subtly of a light switch. Johnnie Whitaker (four months younger than his on-camera twin sister) screamed his lines and mugged uncontrollably for the camera. His acting was amateurish at best, despite evolving into a career in Disney feature films where he held his own opposite a young Jodie Foster.

But Anissa was a real actress and you can really see it. She delivered her lines like a kid would. She was natural, unaffected and believable. In the Season Three episode “Christmas Came a Little Early,” in which Buffy’s classmate (played by a pre-Brady Bunch Eve Plumb) passes away, Anissa pulls off a gut-wrenching performance that defies her years and experience and is guaranteed to leave you weeping.

When Family Affair was cancelled, star Brian Keith was immediately signed to another series on rival NBC. Since they had forged a close relationship on the set of Family Affair, Keith called Anissa and offered her an audition-free role. She politely declined, wishing instead to “just be a kid for a while.”

Losing the role of Regan in The Exorcist to Linda Blair, Anissa called it a career in show business. She dropped out of high school and worked at a doughnut shop until her trust fund kicked in. Then, at age eighteen, Anissa was like an uncaged animal. She broke off contact with her abusive, controlling mother. She bought cars for her brother and herself and she fell in with an unsavory crowd.  Five months after her eighteenth birthday, Anissa was dead from a massive drug overdose. The LA County coroner called it the absolute worst he had seen in his career.

Anissa’s story is truly one of the saddest in Hollywood. She was a very talented girl and her talent was wasted.

I wrote about Anissa Jones on this blog in 2008. I felt her story and accompanying illustration deserved another look.