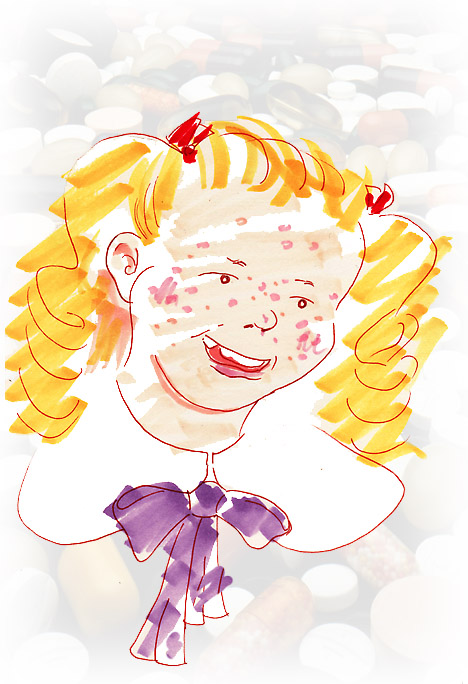 By the time she was six, Anissa (pronounced “ah-NEESE-ah”) Jones was hawking cereal in her first television commercial. A couple of years later, in 1966, Anissa’s acting talents caught the attention of two television producers who were preparing a new television sitcom called Family Affair. They felt Anissa would be perfect in the role of Elizabeth “Buffy” Patterson-Davis. Originally to be an older sister to Johnny Whitaker’s character Jody, upon Brian Keith’s (Uncle Bill) insistence, the role was rewritten to be Jody’s twin sister. Anissa played Buffy for the show’s entire 138-episode run. Her schedule was grueling, often requiring her to either work on the show or for show publicity all year round and sometimes seven days a week. But in June of 1969, Anissa’s hard work payed off. The show was number one in the ratings turning Buffy and Jody into household names. Buffy’s doll, Mrs. Beasley, became the best-selling doll in America during the show’s run.

Anissa’s fame continued to grow. She appeared in several television productions including guest roles in Rowan and Martin’s Laugh-In and To Rome With Love. She, along with Jimmy Durante, presented the 1967 Emmy Award to The Monkees, for Best Comedy Series. She also starred alongside Elvis in her only movie, The Trouble with Girls. Numerous merchandising deals came her way. There were Buffy paper dolls, Family Affair coloring books and lunch boxes, a Buffy line of children’s clothes, and a Buffy Cookbook in 1971, all prominently featuring Anissa.

Anissa’s younger brother, Paul almost always accompanied her to the studio. Anissa was very fond of her brother. As the star of a hit TV series, Anissa would quite often receive gifts. She demanded that an identical one for her brother accompany any gift she received and if two gifts were not received, she would give hers away.

Family Affair  was canceled in 1971, after five seasons. Anissa was thrilled that the show’s run was over, as it meant she could go to school and hang out with her friends. In 1972, Brian Keith contacted Anissa, offering her a role in his new TV sitcom. He assured her she could have the part without an audition. She graciously turned him down. Later in 1972, she auditioned for the part of “Regan MacNeil” in The Exorcist,  a role she lost to Linda Blair. Anissa did not want to continue her show business career.

With a deteriorating mother-daughter relationship, Anissa, along with her brother Paul, moved in with their father. After their father’s death, Anissa and Paul were forced to move back with their mother, but Anissa often spent much of her time at a friend’s house. This infuriated her mother so much, that she reported Anissa as a runaway. Anissa was picked up and spent some time in juvenile detention. Upon her release, she began drinking and using drugs.

Hoping to make ends meet until her eighteenth birthday when she would receive royalties from Family Affair,  Anissa took a job at Winchell’s Donut Shop in Playa Del Rey, California. At eighteen, Anissa received her $70,000 trust fund and $107,800 in US Savings Bonds from her Family Affair earnings. She and Paul got an apartment together. Anissa bought herself a new Ford Pinto and her brother a loaded Camaro that cost twice as much as her own car. With her newfound freedom, her new wealth and more drugs than she knew what to do with, Anissa began partying hard.

On August 28th, 1976, while attending a party at a friend’s house, Anissa ingested huge doses of the barbiturate Seconal (the drug of choice for Jimi Hendrix, Judy Garland, Charles Boyer and Marilyn Monroe), phencyclidine (PCP), cocaine and methaquaalone (Quaaludes). During the night, her boyfriend checked on her and she was fine. In the morning, her friends found an unresponsive Anissa and called the paramedics. Anissa was declared dead from what the San Diego County coroner called one of the most massive drug overdoses he’d ever seen.

Click HERE to hear Angel and The Reruns’ back-handed tribute to Anissa, “Buffy Come Back”!