After three and half years, Regretsy.com, the hilarious website started by the equally hilarious April Winchell, has called it a day. Regretsy.com, which began life as a way to kill time between jobs for the multi-talented Miss Winchell, took on a life of its own in those 40-some-odd months. It spawned a best-selling book, a subsequent book-signing tour and a legion of rabid fans. I numbered myself among those fans and actively participated in the mayhem. I even got singled out a few times (just like when I was in second grade).

But — as we know — all good things (as well as the flu and high school) must come to an end. And the end has come for Regretsy. In one final hurrah, a “thank you” was posted on January 31, just prior to Regretsy.com beginning its next phase as an internet archive. I took this opportunity to leave one last comment (number 195, for those of you keeping score)…. on which I was emphatically given the “thumbs down.”

(April left a personal reply just below my comment.) 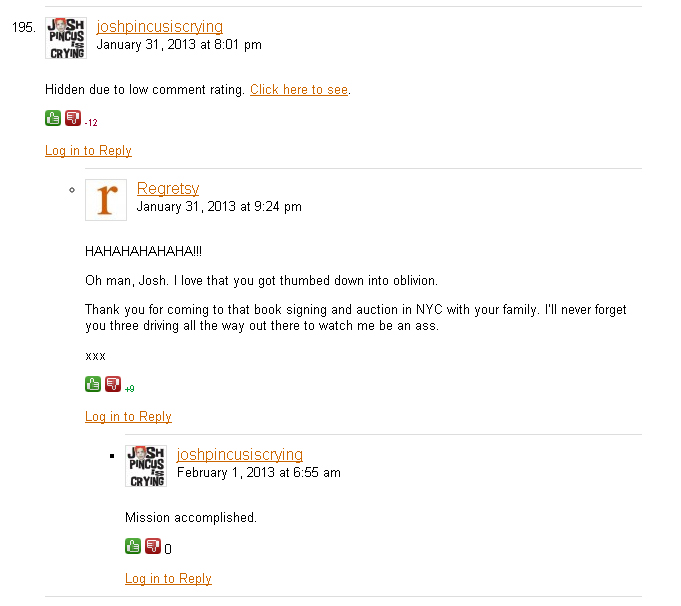 Thanks for the fun.