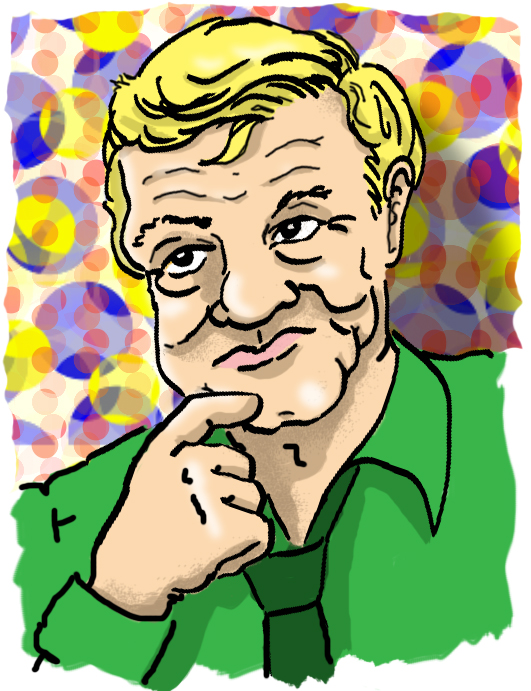 Brian Keith had show business in his blood. The son of stage actor Robert Keith and actress Helena Shipman, young Brian made his motion picture debut in the 1924 silent film Pied Piper Malone at the age of 3. After his parents’ divorce, Brian’s father briefly married actress Peg Entwistle, whose claim to fame was committing suicide by jumping off the “H” in the famous Hollywood sign.

Although he did not pursue an acting career in his youth, after four years in the Marines, Brian revisited performing in 1952. He appeared in many television anthologies. He continued with guest roles throughout the 50s and 60s. He branched out in to films, both comedy and drama. He costarred with Steve McQueen in Nevada Smith  and starred opposite Maureen O’Hara and Hayley Mills in Disney’s original The Parent Trap  in 1961. He continued to make films through the 60s when he was offered the role for which he is best known — engineer Bill Davis in the TV series Family Affair.

When Family Affair premiered in 1966, it was an instant hit. Brian played the gruff “Uncle Bill” to his brother’s three orphaned children — twins Buffy and Jody and big sister Cissy. Bill’s “gentleman’s gentleman,” Mr. French, who became reluctant nanny to the children, rounded out the cast. Over the course of five seasons, Brian earned three Emmy nominations and grew close with his costars, especially young Anissa Jones who played Buffy.

Brian stayed busy in films through the run of Family Affair,  starring with Doris Day in With Six You Get Eggroll in 1968 (her last motion picture). A year after Family Affair was canceled, Brian was cast in a self-titled sitcom in which he played a pediatrician in Hawaii. He called Anissa Jones to offer her an audition-free role on the show, which she graciously turned down, expressing no interest in furthering her acting career. Four years later, 18 year-old Anissa died from a massive overdose of barbiturates.

Brian followed his sitcom with another popular series, Hardcastle and McCormick.  Brian was cast for three seasons as a cranky retired judge. He also made several television mini-series, including World War III with Rock Hudson as the President of the United States opposite Brian’s portrayal of the Soviet Premier. Brian integrated his fluency in Russian into the role. During the filming, director Boris Sagal was killed in a tragic helicopter accident.

Despite quitting smoking in the 80s, Brian was diagnosed with emphysema and lung cancer in the early 1990s. He also experienced financial difficulty later in his life. His grown daughter Daisy, unable to cope with her father’s failing health, committed suicide in April 1997. Two months later, Brian took his own life with a self-inflicted gunshot.