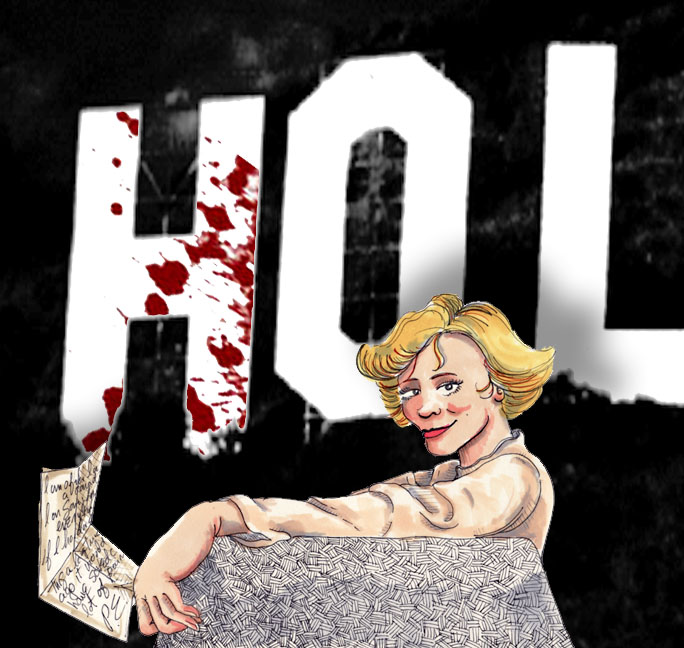 In March 1916, eight-year-old Peg Entwistle came to America with her father and her uncle, both stage actors. In 1922, her father was killed by a hit-and-run driver. Peg and her two half-brothers were taken in by their uncle. 1925 brought Peg her first acting role, a walk-on part in Hamlet. This led to the role of “Hedvig” in Henrik Ibsen’s The Wild Duck, a role that a young Bette Davis cited as the reason she became an actress. Davis praised Peg Entwistle as her major influence for her entire career.

Peg performed in ten Broadway plays as a member of the Theatre Guild between 1926 and 1932. She worked with such Broadway notables as George M. Cohan and Dorothy Gish. Peg continued to appear in plays until May 1932, when she was brought to the West Coast by producers Edward Belasco and Homer Curran to co-star with Billie Burke in the play, The Mad Hopes. It was staged in preparation for a Broadway opening. The Mad Hopesopened to rave reviews. The theater had 1,600 seats, but the house was standing-room only. The play was a hit and, as scheduled, closed on June 4, 1932 to head to Broadway. Peg was set to return to New York, but RKO Pictures called her for a screen test. On June 13, 1932, Entwistle signed a contract for a one-picture deal with RKO and reported early in July to shoot her part as “Hazel Cousins” in Thirteen Women. The film received poor reviews from test screenings. The studio eliminated scenes deemed unnecessary, cutting back Entwistle’s screen time greatly. Her career was at a stand still after that. She did lots of auditions, and hung around her uncle’s house, waiting for work, and trying to save enough money to go back to New York, but couldnt even manage train fare.

On September 18, 1932, Peg told her uncle that she was going to walk up Beachwood Drive to the drug store, and then to visit friends. Instead, she made her way up the southern slope of Mount Lee, near her uncle’s home, to the foot of the Hollywood sign. After placing her coat, shoes and purse containing the suicide note at the base of the sign, she made her way up a workman’s ladder to the top of the “H” and jumped. Her body was found in the 100-foot ravine below two days later.

The note in Peg’s purse read: I am afraid, I am a coward. I am sorry for everything. If I had done this a long time ago, it would have saved a lot of pain. P.E.”

The LA Times published the letter in hopes that she would be identified. She was dubbed “The Hollywood Sign Girl.” Her uncle recognized the initials and identified her body in the morgue. The cause of death was listed by the coroner as “multiple fractures of the pelvis and probably did not die quickly.”

Several days after her death, Peg’s uncle opened a letter addressed to her from the Beverly Hills Playhouse; it was mailed the day before she jumped. It was an offer for her to play the lead role in a stage productionin which her character would commit suicide in the final act.
Peg Entwistle was 24.

This illustration stirred up anger in at least one viewer. Read all about it HERE. Oh, the shit you have to put up with as an artist.