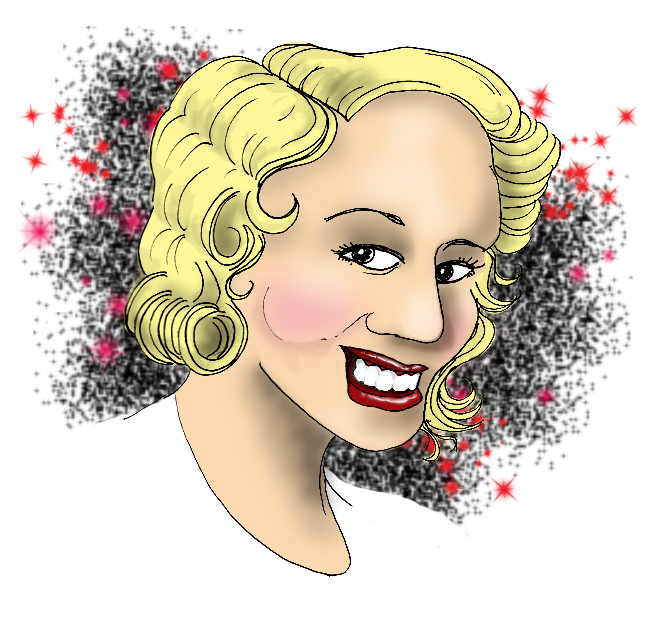 Thelma Todd, Hollywood’s “Ice Cream Blond”, was most famous for the comedy short subjects she made for producer Hal Roach starring opposite Laurel and Hardy. She appeared with the Marx Brothers in their classic Monkey Business and Horse Feathers. One of Hollywood’s original “party girls,” Thelma was in a tumultuous marriage with gangster Pat DiCicco. Many nights with DiCicco ended with drunken brawls. Thelma divorced DiCicco and found comfort in the arms of director Roland West. West offered salvation with companionship, drugs and liquor. With West’s guidance, Thelma opened Thelma Todd’s Sidewalk Cafe, a seaside restaurant in Pacific Palisades. The restaurant gained popularity among Hollywood’s elite, as well as tourists, and was very successful.

In 1934, Thelma began an affair with another gangster, Charles “Lucky” Luciano. Luciano kept Thelma supplied with amphetamines, hoping to persuade her to allow him the use of a room at her restaurant for a secret gambling den. She flatly refused. “Over my dead body!,” she said. “That can be arranged.,” Luciano replied.

On December 14, 1935, Thelma met comedian Stanley Lupino and his daughter, actress Ida, at Cafe Trocadero in Hollywood. Before she left the luxurious apartment she shared with Roland West, he told her to “be in by 2 a.m. or I’ll lock you out.” Their apartment was situated at the top of a long narrow staircase above the restaurant.

On Monday morning, December 16, May Whitehead, Thelma’s maid, came as scheduled, to clean the apartment. When May climbed the stairs, she saw the garage door slightly ajar. May looked inside and found Thelma dead, slumped over the steering wheel of her Packard convertible. An investigation yielded a smeared hand-print (not Thelma’s) on the car’s door. A death certificate was issued with the cause as “accidental carbon monoxide poisoning.” It appeared  that Thelma has passed out in the closed garage with the engine running. However, there was blood on her dress from a wound. Several people close to her believed she had been the target of an extortion plot and she was murdered. Thelma’s body was cremated, so a thorough autopsy was not possible. A definitive conclusion was never determined and Thelma Todd’s death, at the age of 29, remains one of Hollywood’s greatest mysteries.

A prophetic footnote to the story… In Monkey Business,  Groucho Marx quips to Thelma: “You’re a woman who’s been getting nothing but dirty breaks. Well, we can clean and tighten your brakes, but you’ll have to stay in the garage all night.”