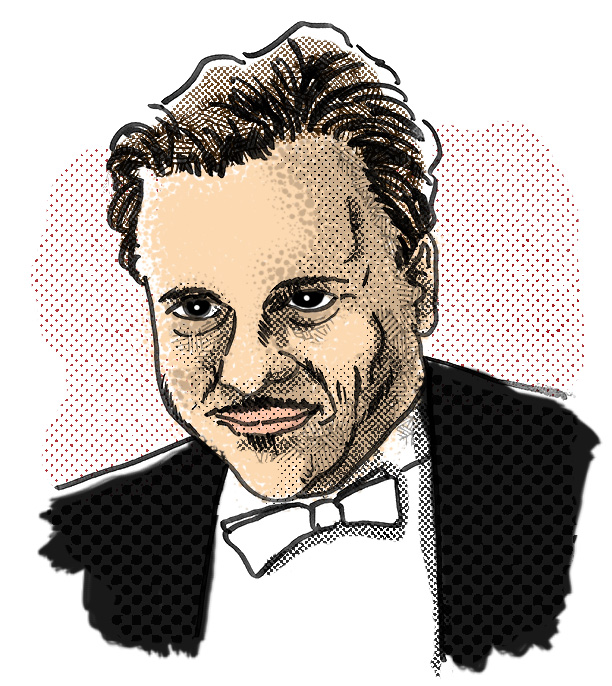 Walter Slezak was working as a bank teller in his native Austria when he was talked into a role in the 1922 silent biblical epic Sodom and Gomorrah by his friend, director Michael Curtiz. Walter was one of over 14,000 performers in the film, which was the largest and most expensive production in Austrian film history.

Once arriving in the United States, Walter began a long career on the Broadway stage with appearances spanning three decades. He won a Tony in 1955 for his performance in the musical Fanny,  alongside Florence Henderson, years away from her career-defining role as favorite TV mom “Mrs. Brady,” and ten-year old Gary Wright, the future keyboardist for the band Spooky Tooth and singer of the popular song “Dream Weaver”.

In Hollywood, Walter had roles in over 100 movies, usually playing tough guys and villains. He is best remembered as the German U-Boat captain in Alfred Hitchcock‘s Lifeboat.  Occasionally, he strayed from his “heavy” roles with lighter turns in The Wonderful World of the Brothers Grimm, The Inspector General  with Danny Kaye and Barbara Bates, Bedtime for Bonzo — with future president Ronald Reagan — and a production of Treasure Island  with Orson Welles. On television, Walter acted in many anthology series and even spoofed his villainous screen persona as The Clock King in an episode of the campy 60s superhero show Batman. In the 70s, he was featured opposite his daughter Erika (who played Lord family matriarch Victoria) on the long-running ABC soap opera One Life to Live.

In his advanced age, Walter suffered declining health and subsequent depression. Just two weeks before his 81st birthday, Walter took his own life with a self-inflicted gunshot.