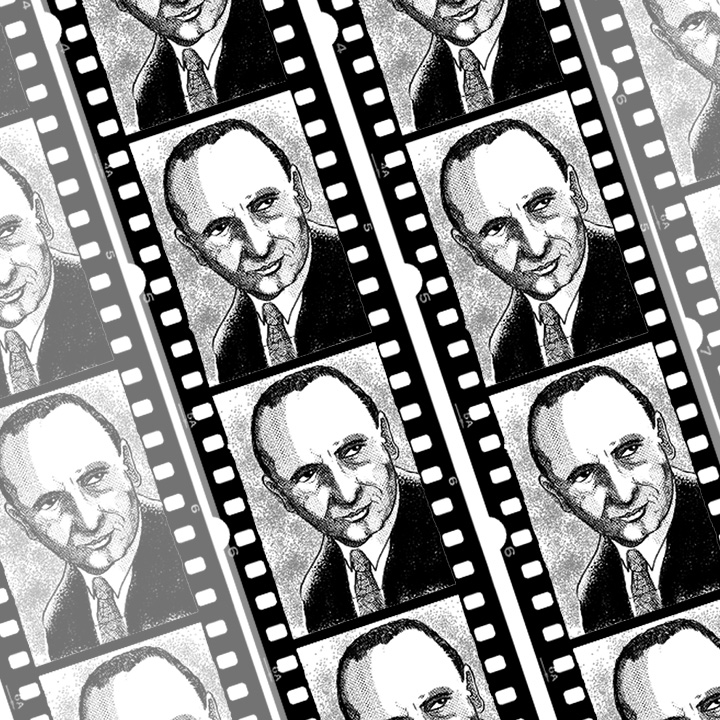 Hungarian-born Michael Curtiz was one of the most prolific directors that ever worked in Hollywood. He directed over one hundred films beginning with The Third Degree in 1926, just after his arrival in America. (He directed nearly a hundred films in his native Hungary).

As the 20s became the 30s, Michael was cranking out five and six pictures a year for Warner Brothers, helping the studio to become one of Hollywood’s most successful. Michael was a perfectionist and expected the same level of output from his actors. He was prone to berate and insult his cast and crew, noting that “acting is fifty percent a bag of tricks”.  Because of this, a great many actors refused to work with him. He had a tumultuous working relationship with Errol Flynn. The pair teamed up for twelve films, including The Adventures of Robin Hood and Captain Blood,  until Flynn was finally fed up with Michael’s temperament and another director was chosen for 1948’s Adventures of Don Juan.

Michael had a better relationship with Humphrey Bogart and James Cagney, directing the former eight times including the classic Casablanca. He evoked great results from Bogart and Cagney in the quintessential gangster film Angels with Dirty Faces and Cagney’s Oscar-winning tour de force Yankee Doodle Dandy. Actress Fay Wray, however, once remarked that Michael was just like a piece of machinery; an extension of the camera crane. His relationship with the great Bette Davis was so volatile that he once called her a “no good sexless son of a bitch” in the middle of a movie set. Michael’s films crossed genres and he was just as comfortable directing a drama as he was a musical or horror movie. No matter what the subject, Michael was a workaholic. He never broke for meals and referred to those who did as “lunch bums”.

Although it was never a hindrance, foreign-born Michael’s poor grasp of English was notorious. A prop man on the set of Casablanca  was baffled by Michael’s request for “poodles”. Over and over, he demanded “poodles” be scattered about the set. He soon realized Michael actually wanted “puddles” during a rain scene. During the filming of 1936’s Charge of The Light Brigade, a scene called for a stampede of riderless horses. When he was ready, Michael announced to “bring on the empty horses”.

In the early 1950s, Michael’s association with Warner Brothers waned and he began freelancing for rival studios. He directed King Creole (his only teaming with Elvis Presley) and the holiday favorite White Christmas for Paramount. His last film, 1961’s The Comancheros  with John Wayne, was released six months before Michael lost his battle with cancer at age 75.