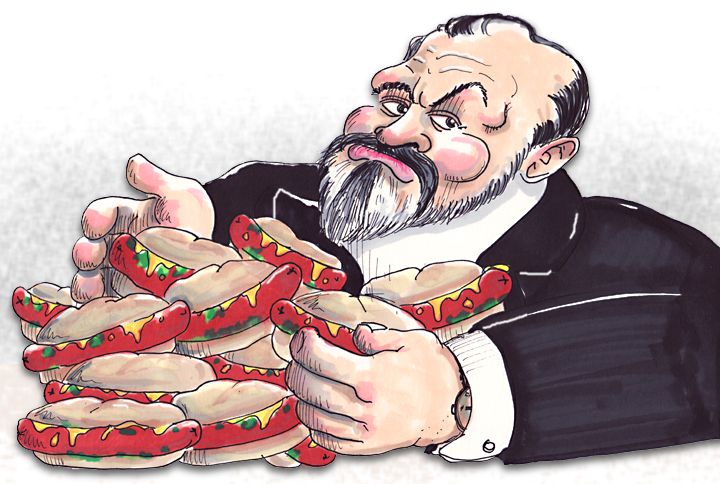 At the age of 20, he presented a version of Shakespeare’s Macbeth, reworked in a Haitian setting with the three witches as voodoo priestesses. The production was highly praised for its originality.

In 1938, he gained international fame when he frightened the entire country with his radio broadcast of  War of the Worlds.

At the age of 25, he co-wrote, produced, directed, and performed the lead role in the magnificent Citizen Kane, one of the greatest films of all time. The movie earned nine Oscar nominations and won the award for Best Screenplay for 1942.

He was voted by one of the greatest American actors of all time by the American Film Institute, based on his forty-six years in Hollywood as a true auteur.

Welles lent his booming baritone voice as narrator to countless films, in addition to documentaries and commercials.

He was a frequent and popular guest on talk shows, often discussing his rich history in films, as well as his varied interests in magic, forgery, and the supernatural. In 1985, he gave his last interview on The Merv Griffin Show, two hours before he died of heart failure.

But, Welles’ greatest accomplishment is one that still holds today. One that is seemingly impossible to surpass. Welles holds the unmatched record for eating the most hot dogs in one sitting at renowned Los Angeles hot dog stand, Pink’s. He ate 18.