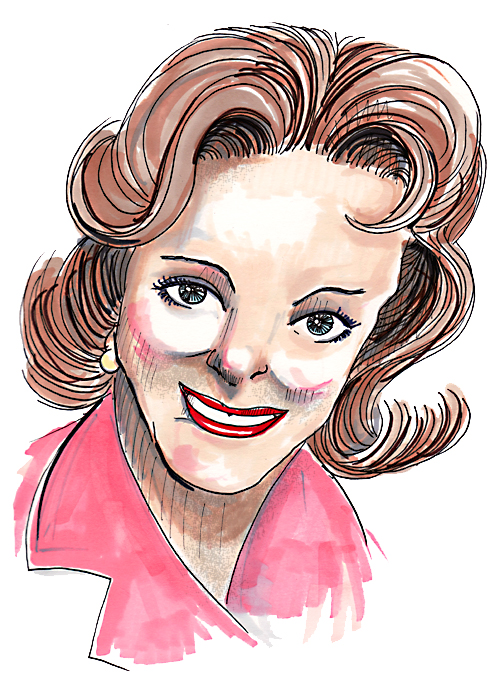 Donna Reed’s career ran the full spectrum from her humble beginnings opposite Mickey Rooney in The Courtship of Andy Hardy  to her popularity as a pin-up girl during World War II to her Academy Award-winning performance as prostitute Lorene Burke in 1953’s From Here to Eternity.

Network executives must have been focusing on her role as Mary Bailey in the beloved Frank Capra holiday classic It’s a Wonderful Life  when they offered her the role of perfect housewife Donna Stone on a new ABC sitcom (unless they just dug her as the From Here to Eternity  hooker). Donna vacuumed and washed dishes in pearls and high heels for eight seasons in The Donna Reed Show. Her character is still perceived as the model for the All-American subservient homemaker.

When actress Barbara Bel Geddes decided to step down as Ewing family matriarch “Miss Ellie” on the popular nighttime drama Dallas, Donna was recruited to fill the part. After one season Bel Geddes returned and Donna was unceremoniously fired. She sued the production company for breach of contract and settled out-of-court for over a million dollars. Shortly after, Donna was diagnosed with terminal pancreatic cancer and passed away just shy of her 65th birthday in 1986.

Donna experienced an unusual twist of fate early in her personal life. In 1945, Donna flew to Mexico to obtain a divorce from her first husband, Hollywood make-up man Bill Tuttle. Returning home, Donna boarded a plane in El Paso, Texas headed for Los Angeles. Just before take off, Donna was bumped from the flight to make room for a military officer. On its approach to Burbank’s Lockheed Air Terminal, the plane crashed, killing everyone on board.