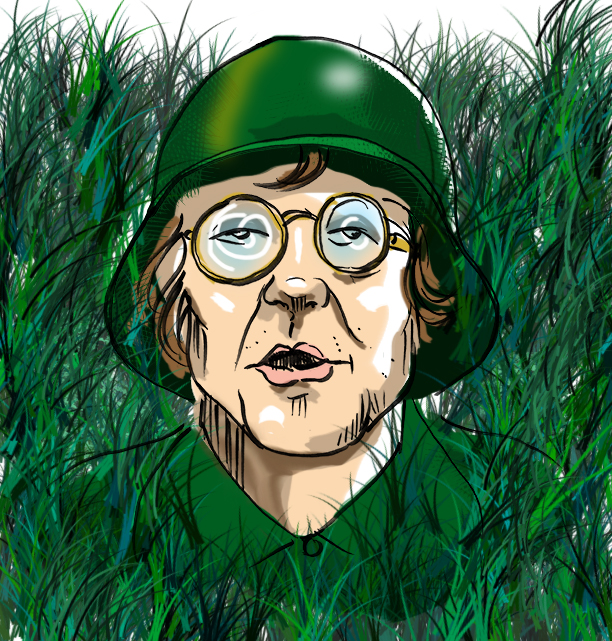 Arte Johnson was in a lot. Sure, you remember him peeking through the ferns at the end of Rowan and Martin’s Laugh-In, offering a corny pun in an affected German accent. Or as the doddering old Tyrone, attempting to make a move on the uptight Gladys Ormphby, as played by Ruth Buzzi, only to get whacked by her purse. Or maybe as the out-of-place soft-spoken holy man of indeterminate ethnicity at the psychedelic cocktail party.

But prior to his six-year stint on Laugh-In, Arte amassed a resume that included guest roles on numerous sitcoms throughout the 60s and 70s. Including McHale’s Navy, The Partridge Family, The Andy Griffith Show, Bewitched, The Donna Reed Show and even The jack Benny Show. Of course, he was featured in lesser-known programs like  It’s Always Jan, Sally, Hennesey and Bringing Up Buddy. He also lent his voice to a number of animated cartoons like Scooby Doo, The Smurfs, Ducktales, Animaniacs, Top Cat and an animated version of his “Tyrone” character from Laugh-In.

In 1997, Arte was diagnosed with and successfully treated for non-Hodgkins lymphoma. He passed away in July 2019 after a three-year battle with prostate cancer. Arte was 90 years old.