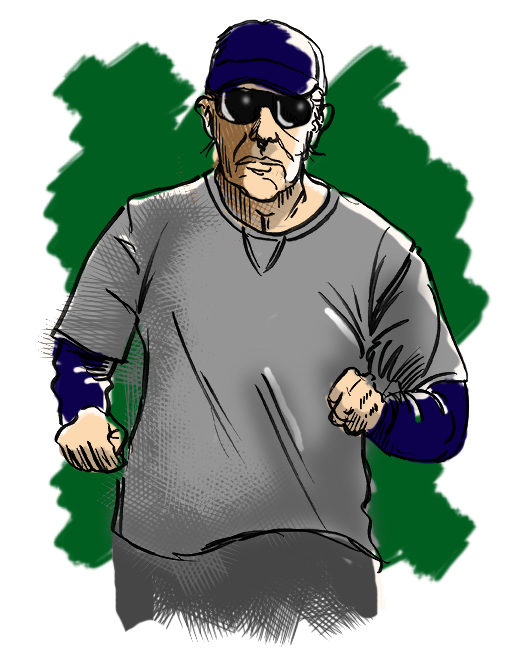 Established in 1986, the LA Marathon is one of the largest and well-attended running events in the country. The course, which starts at Dodger Stadium and ends on Ocean Avenue in Santa Monica 26 miles away, welcomes more than 25,000 participants. One of the participants in the 2019 LA Marathon was Frank Meza, a 70 year-old retired doctor who began running marathons in his 60s.

On March 8, 2019, a little before 7 AM, Frank took off from the parking lot of the famed West Coast stadium along with thousands of other runners of all ages. 2 hours, 53 minutes and 10 seconds later, Frank crossed the shoreline finish line, setting a new record for men in his age category. He was showered with accolades.

But judges were suspicious. The time — just under three hours — was astounding. A panel reviewed video taken of the course, along with testimony from eyewitnesses who said they saw Frank leave the course and re-enter at a different point. They determined that Frank’s time during one leg of the course was “impossible.” In the past, Frank was caught cheating — twice — in the Sacramento Marathon under similar circumstances. Frank had been disqualified and banned from ever entering the Sacramento Marathon. The LA Marathon Review Board came to a fairly easy decision.

On July 2, 2019, officials for the LA Marathon stripped Frank of his first place win. Frank claimed he was looking for a rest room when he left the course. Officials weren’t convinced and awarded the title to Dan Adams, the second place finisher in the 70 – 74 age group. Dan had finished the race in just over 4 hours.

Maintaining his dedication, Frank went for a run on Thursday morning, July 4, 2019. At around 10 AM, Frank’s body was found face down in shallow water in the Los Angeles River. Several bicyclists and passers-by reported seeing someone jump from a bridge. An investigation determined that the cause of death was suicide, as Frank’s head displayed signs of blunt force trauma. He was 70 years old.