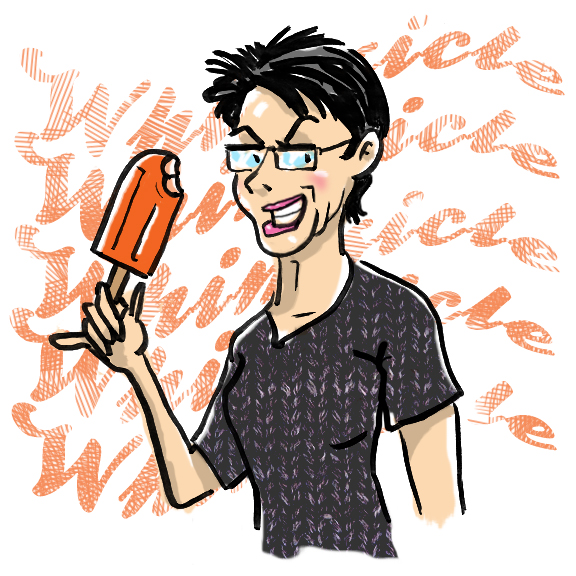 In 2009, April Winchell, the versatile and multi-talented actress, launched the website Regretsy.com. It was a raucous and bitingly satirical take on the popular etsy.com website, a so-called marketplace for all things handmade. But, April (under the guise of “Helen Killer”) regularly scanned the many listings on etsy in search of items that were weird, unusual, frightening and just downright strange. She would then publicly call out those items and sellers offering items that were obviously not handmade. Just four days after its initial launch, Regretsy racked up an astounding 90 million hits. Followers (and subsequent commenters) were relentless in their sarcasm, critiques and out-and-out insults of the items on display. Soon, the Regretsy website spawned its own subset of features including anything with gears glued to it being reprimanded as “Not Remotely Steampunk,” outlandish variations surrounding a single octopus brooch and numerous plays on blatant and idiotic misspellings — usually labeled by the Regretsy faithful with a resounding “derp!” One of Regretsy’s favorites was the overuse of the word “whimsicle.” It appeared in countless listings by sellers who refused to take advantage of “spellcheck” when posting their items. If I recall, April and her minions never let a single occurrence of “whimsicle” pass without a proper, berating finger-point! 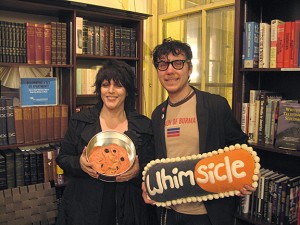 After almost a year, publishing giant Random House signed April up to publish a book based on the successful Regretsy website. A book tour followed and the California-dwelling April made her way eastward for a book-signing/charity auction in New York City in April 2010. She hosted a hilarious evening at a Manhattan bookstore, where she mingled with fans and sold a variety of items that were publicly disgraced on Regretsy. Mrs. P and I were in attendance and we purchased this beautiful “Whimsicle” pillow — and yes! — it is handmade! My son proudly displays our auction win, as April herself offers up a batch of fetus cookies that were baked by a Regretsy fan.

April closed up shop on Regretsy in early 2013, to concentrate on her vocation of choice — voice acting. April, the daughter of actor-ventriloquist Paul Winchell (a prolific voice actor in his own right), has been doing voices for films and television since the 1970s. She is best known for her work in Who Framed Roger Rabbit? and TV’s Goof Troop, as well as nearly every appearance of Clarabelle Cow since taking over the role from the legendary Elvia Allman. More recently, April provided the voice of “Sylvia,” the trusty, yet reckless, horse on the delightful Disney Channel series Wander Over Yonder.

April has all but disappeared from all outlets of social media. Obviously, her voice work is keeping her very busy (and rightly so)! Speaking on behalf of her fans and the entire internet: “We miss you, April. Without you, our lives are far less whimsicle.”