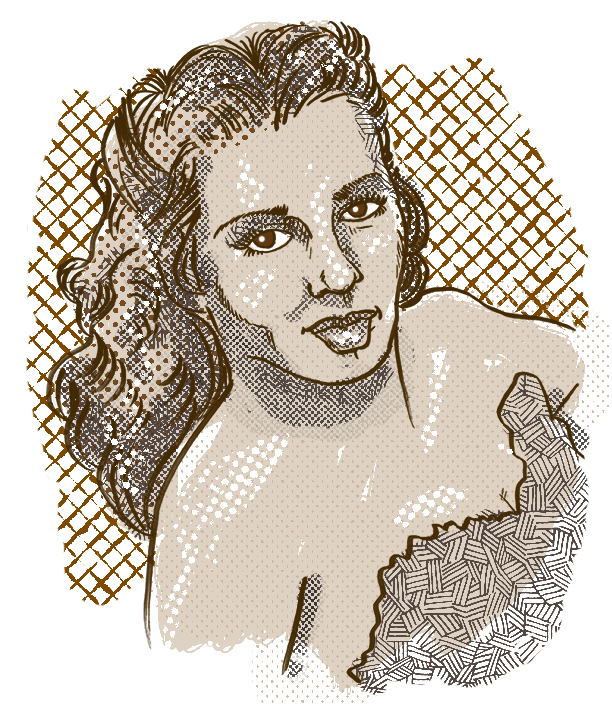 Gail Russell got an “introducing” credit in the 1944 supernatural thriller “The Uninvited” with Ray Milland, although she had made two earlier films. “The Univited”, one of the first Hollywood movies to present a ghost story in a serious manner (as opposed to comedies), made Gail an overnight star. She starred in a host of films opposite some of Hollywood’s biggest stars like Alan Ladd and John Wayne. Gail was rumored to be carrying on a secret affair with Wayne that allegedly led to his divorce. Wayne maintained that his relationship with Gail was nothing more than platonic.

Gail suffered from terrible stage fright and began drinking on the set of “The Univited”  to ease her nerves before appearing in front of the camera. As her career progressed, so did her alcohol consumption. She married actor Guy Madison, but that union ended in divorce due to her alcoholism. She was unable to get acting roles for five years, until her friend John Wayne cast her in the western “Seven Men from Now” with Randolph Scott in 1956.

In 1955, Gail left the scene of the crime after rear-ending another vehicle while intoxicated. In 1957, while driving under the influence of alcohol, Gail drove her convertible into the front of Jan’s Coffee Shop on Beverly Boulevard in Hollywood. When her hearing was scheduled, she failed to appear. Officers were sent to her home and found her drunk and unconscious. The hearing was held in the hospital where she was bedridden with severe effects from alcoholism. She joined Alcoholics Anonymous but it did no good.

In August 1961, she was found dead in her Brentwood, California apartment, a victim of liver damage and malnutrition. She was 35.