The current challenge on sugarfrostedgoodness.com is “scary”. 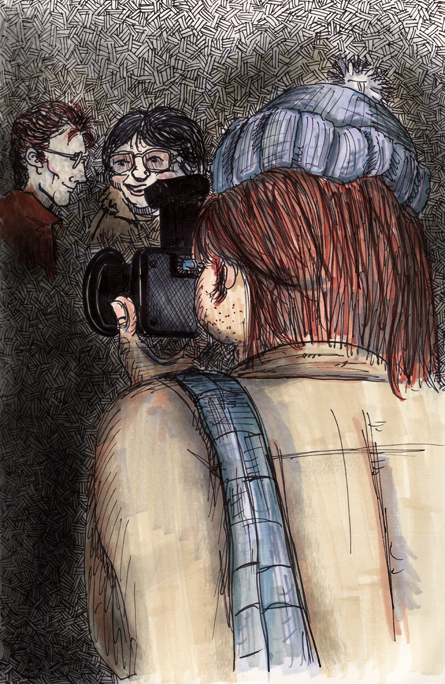 Paul Goresh was a New Jersey college student and amateur photographer. He met John Lennon on two occasions by posing as a VCR repairman. He hung around outside of  The Dakota  with his camera hoping to get some pictures of Lennon. Paul was just a fan, but Lennon thought he was working for the press. Lennon didn’t want his picture taken and he felt Paul was harassing him. Paul just wanted to take candid photos of the ex-Beatle.

Paul explained to Lennon’s assistant that he didn’t work for the press and he was just a fan. Paul encountered Lennon several more times and Lennon eventually warmed up to Paul, sometimes inviting him on walks through upper Manhattan.

Around 4:15 PM on December 8, 1980, Lennon was met by Paul on the sidewalk in front of The Dakota. Paul raised his camera and began snapping pictures. He photographed Lennon signing a copy of Double Fantasy  for another fan that Paul had met earlier. In approximately seven hours, that other fan, Mark David Chapman, would fire four bullets into Lennon and kill him.