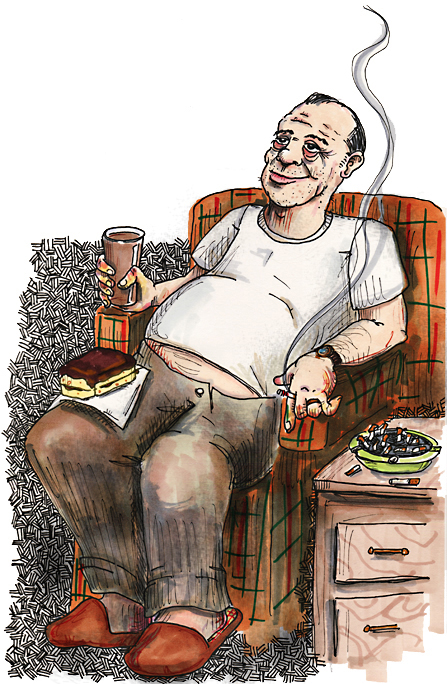 With The 2008 Philadelphia Phillies headed to their first World Series in fifteen years, I can only think of my father. My father died the day The Phillies won the 1993 National League pennant. This would be the Phillies’ first trip to the World Series since their loss to The Baltimore Orioles ten years earlier. He didn’t live to see the team that went “from worst to first” — his team — go on to play their hearts out against The Toronto Blue Jays. He didn’t get to see the longest game in World Series history, most total runs scored in a single World Series game, and most runs scored by a losing team in a World Series game. He didn’t get to hear about the death threats made to Phillies closer Mitch “Wild Thing” Williams. He especially didn’t get to see Joe Carter’s walk-off home run. I believe that had my father lived, that would have killed him.

My father was the typical Phillies fan. He loved them when they were winning. After a Phillies win, he would smile and pump his fist, proclaiming “All the way, baby! All the way to the World Series.” When they were losing, he would snap the TV off in the fifth inning and grumble “Bums! They’re bums!”

My father was a simple guy who led a simple life. He was born in 1926 and was raised by his father, a bigot in the truest sense of the word, who my mother called “the dumbest man ever to walk this planet”. And by his mother, a stubborn, die-hard, Nixon-loving Republican, who my mother said “was too mean to die”. Unfortunately, my mother was right. My grandmother outlived my mother by four years and my father by two. My father’s simple pleasure was watching his Phillies. He grew up following and loving the Phillies. He loved to tell the story about how he cut school to go to a Phillies game. He saw a no-hitter and, because he was supposed to be in school,  couldn’t tell anyone that he was there. Well, my father also liked to make shit up. It’s a great story, but Chick Fraser pitched a no-hitter for the Phillies in 1903 and they didn’t have another until Jim Bunning’s gem on Father’s Day 1964.

My father took my brother to Phillies games at Connie Mack Stadium. My mom and I would stay home and listen to the game on the radio. When I was old enough, my father took all of us to beautiful new Veterans Stadium. My father worked for local supermarket chain Pantry Pride and would get free tickets from his suppliers. My family would usually sit in the Oscar Mayer field box  about ten feet from first base. I remember during one game against The San Francisco Giants, shortstop Chris Spier threw a ball to first about twelve feet over the head of Giants’ 6-foot 4-inch firstbaseman Willie McCovey. McCovey looked at Spier in disbelief and my father said to me “He was throwing that ball to you!”

My father cheerfully related stories about Richie Ashburn and the “Whiz Kids” (the 1950 Phillies). He remembered with contempt the Phillies’ infamous 1964 ten-game season-ending collapse. Of course, he beamed when Tug McGraw struck out Kansas City’s Willie Wilson to win their one and only World Series in 1980.

Sure, the Phils made it to post-season a few more times in the early 80s, but they ultimately suffered some lean years. My father suffered right along with them, cursing them all they way.

I can still picture my father settling down in his chair to watch a Phillies game. He had a Tastykake Chocolate Junior and the biggest fucking glass of chocolate milk you ever saw. To one side there were a few packs of Viceroy cigarettes, which he would run through by the bottom of the third inning. He’d fall asleep by the fifth and wake up in the bottom of the ninth, in time to catch my mom attempting to change the channel. “I was watching that!” he would state indignantly.

Last night, as my wife, my son and I watched the Fightin’ Phils stomp the Los Angeles Dodgers right into the ground of Dodgers Stadium, I couldn’t help but think of my father. I think my son was channeling my father when he said “I can’t believe those bastards are going to the World Series!”