The Monday Artday challenge word this week is “robot”. 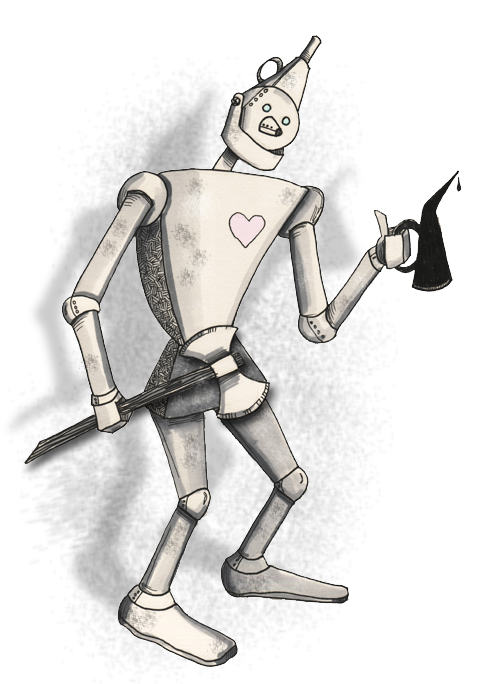 In the Oz books by L. Frank Baum, the origins of the character are rather gruesome. Originally, he was an ordinary man named Nick Chopper. Nick made his living chopping down trees in the forests of Oz. The Wicked Witch of the East cast a spell on his axe to prevent his marriage to the girl he loved. The cursed axe chopped off his limbs, one by one. Each time he lost a limb, Nick replaced it with a prosthetic limb made of tin. Finally, nothing was left of him but tin. The tinsmith who helped him, neglected to replace his heart.
SO ― He was eventually made entirely of metal, he had moving parts and he performed a designated task. Technically, each physical body part was replaced by a mechanical prosthetic appendage.
SO ― technically, he was a robot.

That’s my story and I’m sticking with it.