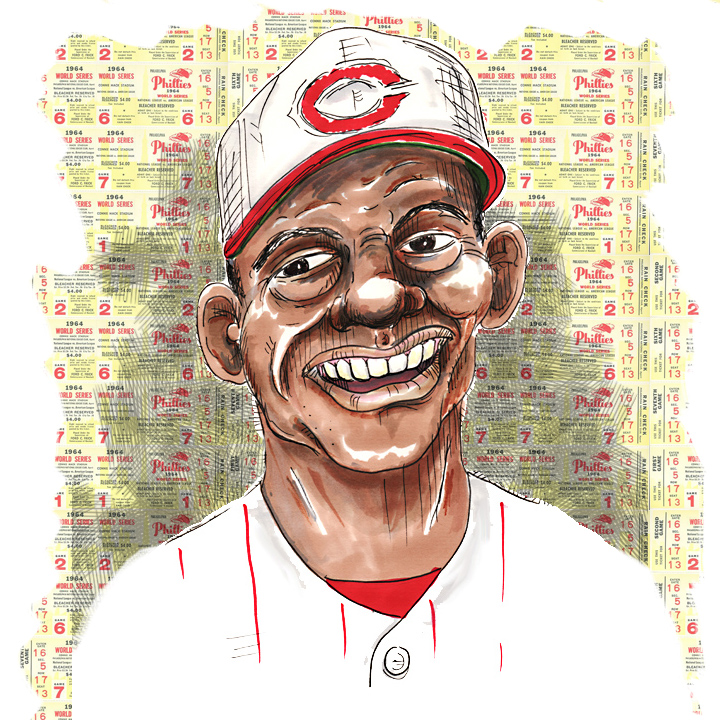 Chico Ruiz had an unremarkable career. He hit two home runs in his rookie season and never hit another. He played eight seasons in the majors with a lifetime batting average of .240. About average.

But, on September 21, 1964, Chico Ruiz became the bane of every baseball fan in Philadelphia.

In a scoreless game between the league-leading Philadelphia Phillies and the second place Cincinnati Reds, Chico Ruiz did the unthinkable, the unimaginable, the inconceivable… and got away with it. With one out and clean-up power-hitter Frank Robinson at the plate, Chico Ruiz stole home. The Phillies, who held a six and a half game lead and had the taste of the World Series on their collective lips, watched helplessly as the collapse of their team began. Shocked Phillies pitcher Art Mahaffey wildly threw the ball to catcher Clay Dalrymple as Chico slid across the dish to score the only run in that game. The Phillies lost the next ten games and saw their post-season hopes carried away on the shoulders of the rival Reds.

In 1967, Reds’ struggling rookie catcher Johnny Bench was 0 for 3, when Chico was sent in to pinch-hit for him in the 9th inning of the game. Little did Chico know he would be the only player in history to ever pinch-hit for future Hall-of-Famer Bench. In 1969, Chico was traded to the California Angels, where he allegedly brought a gun to the locker room and threatened a teammate.

In the early morning hours of February 9, 1972, Chico was driving alone just outside of San Diego, when he wrapped his car around a sign pole. He was scheduled to report to Spring Training with his new team, the Kansas City Royals, in three weeks. Chico was 33 and had just become a United States citizen one month earlier.