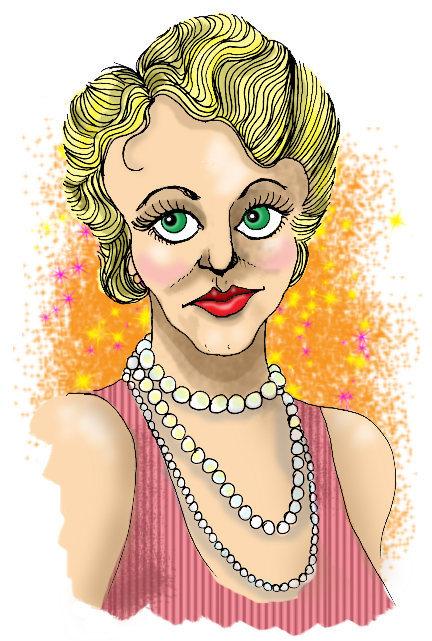 Wealthy New York real estate mogul Edward Browning just couldn’t pick women. At 41, Edward married Adele Lowen, a young lady 18 years his junior. Edward showered his new bride with gifts and jewels and furs and an opulent home. When Adele wished for children, Edward placed an ad in the newspaper seeking to adopt. The couple adopted two daughters, but a bored Adele soon contracted gonorrhea from an extra-martial affair and the couple divorced in 1923.

Edward met Frances Heenan at a dance in March 1926. She was weeks away from her sixteenth birthday and 51-year old Edward was smitten, professing his love to “the girl of his dreams”. Reporters followed the new couple around New York, as Edward purchased anything and everything Frances laid eyes on. The press nicknamed them “Peaches and Daddy”. They married in late June 1926. The bride sported four diamond-encrusted platinum bracelets. The groom was all smiles.

The marriage lasted until October, when Peaches cleared $30,000 worth of clothing and jewelry from her closet and ran home to her mother. She portrayed herself as the victim of a “perverted monster”, as he called her husband. At the January divorce proceedings, Peaches told nightmarish stories of how Edward kept a honking African goose in their bedroom. Through tears, she related how he forced her to look at pornographic magazines and insisted she eat her breakfast in the nude. She delivered her horrific tale of marital grief while draped in an $11,000 Russian sable coat. “I’m a good girl,” Peaches attested. When Edward took the stand, he painted a very different picture. Edward said that his poor, little “dream girl” had never acted as a wife and had never even kissed him. Peaches and her mother, he claimed, were nothing but a pair of gold-digging schemers. Then, Edward’s attorney produced evidence of a heavily-populated roster of Peaches’ spurned former boyfriends. The judge agreed that Peaches had abandoned her husband without cause and ruled in favor of Edward.

Peaches parlayed her fleeting notoriety as her ticket to enter vaudeville. Although she never achieved the stardom she desired,  she did snag three more husbands along the way. In 1956, she accidentally slipped in her bathroom — an accident that proved fatal. Peaches was 46.