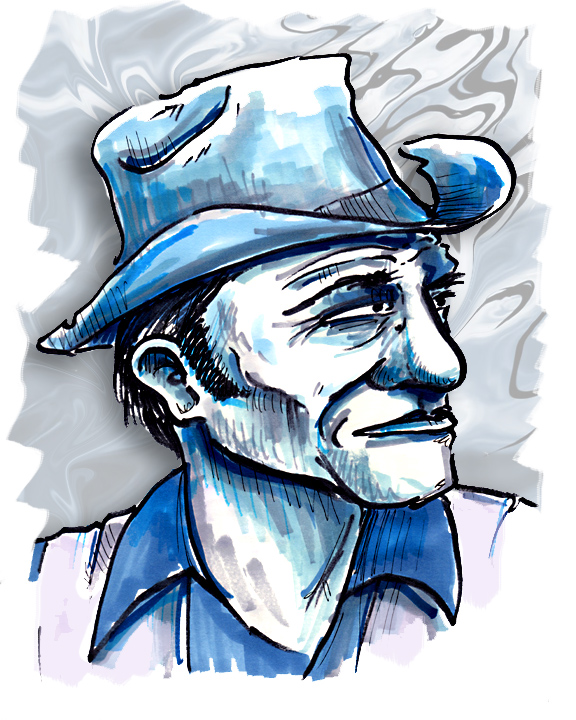 Rugged, good-looking Eric Fleming began his acting career in low-budget features like Curse of the Undead  and Queen of Outer Space  opposite Zsa Zsa Gabor (yes,  she was actually in  movies). In 1958, the 6-foot 3-inch Eric was cast in Rawhide,  a TV Western that joined the ranks and popularity of Gunsmoke, Bonanza  and others of the genre. Eric starred as trail boss Gil Favor, alongside a then unknown actor named Clint Eastwood. The series also featured Sheb Wooley, whose novelty song “Purple People Eater” reached number one on the charts the year Rawhide  premiered.

After the cancellation of Rawhide  in 1966, Eric starred with Doris Day and an ensemble cast in The Glass Bottom Boat,  a typical madcap spy comedy. Soon afterward, he signed on to join the cast of High Jungle,  an MGM adventure film to be shot on location in Peru.

During the final days of filming High Jungle,  Eric and fellow actor Nico Minardos were shooting a climactic scene in a canoe on the rough waters of the Huallaga River. The canoe overturned. Minardos was able to swim to safety, but Eric was swept up in the churning current. His mutilated body was discovered downstream four days later. Eric was 41 years old and had planned to marry his fiancee days after production wrapped.