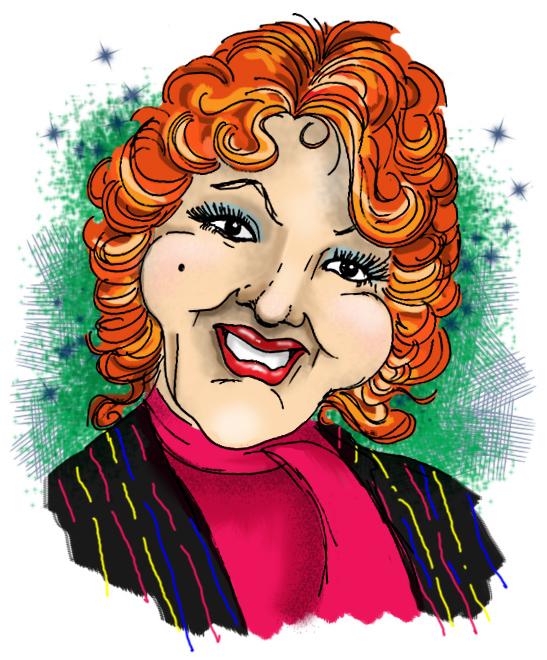 Beverly Neill was working as a telephone operator when she began to take some small roles in a few MGM productions. Using the stage name “Amanda Blake” , she appeared with Judy Garland and James Mason in the first remake of A Star is Born  in 1954. The following year, she signed on for the role for which she would be most remembered. Amanda played barkeeper Miss Kitty Russell for nineteen years on Gunsmoke,  the longest running Western in television history. In 1968, Amanda was inducted into the Hall of Great Western Performers at the National Cowboy & Western Heritage Museum. She was the third performer, after Tom Mix and Gary Cooper, to be given such an honor.

After 425 episodes of Gunsmoke,  Amanda called it quits, commenting “‘God, if I have to put on that damn bustle and those curls one more time, I’m gonna snap!” The series lasted one season without Amanda before it was canceled. Amanda guest-starred on several television shows including The Match Game and a Gunsmoke  cast reunion on The Love Boat.  But soon, the demand for roles dwindled and Amanda devoted her new-found free time to animal-welfare causes. She partially financed the start-up of the Performing Animal Welfare Society (PAWS) and devoted a great deal of time and money in support of its efforts.

A life-long smoker of two to three packs a day, Amanda was diagnosed with mouth and throat cancer. She underwent oral cancer surgery and entered therapy to regain speech. She was moved to become an advocate for warning labels on cigarette packages and spoke before a United States House of Representatives subcommittee.

Amanda passed away in 1989 at the age of 60. Despite her cancer, the official cause of death was listed as cardiopulmonary arrest due to liver failure and CMV hepatitis, which is AIDS-related. It is believed that Amanda contracted the disease from her last husband who was openly bisexual and had passed away three years earlier.