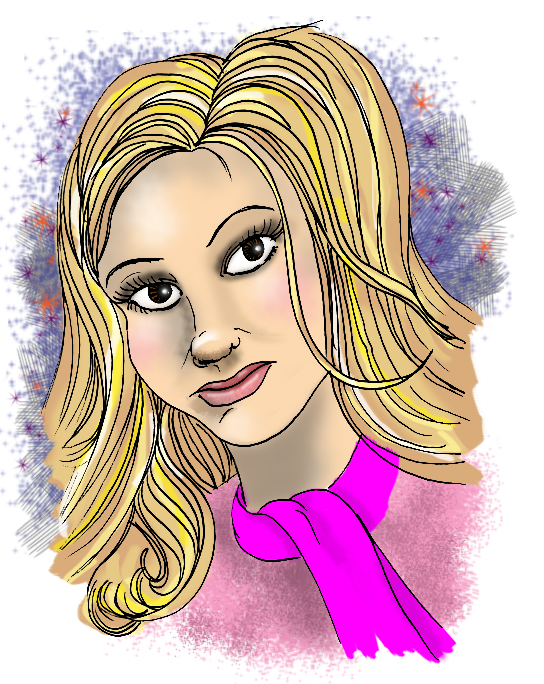 Vicki Morgan wanted everything – money, sex, drugs, fame – and for the most part, she got it.

Born in Colorado, the sixteen-year old willowy beauty was sent to a Catholic maternity home for girls in Los Angeles to hide her family’s shame over her unwanted pregnancy. At seventeen, she married Earle Lamm, thirty years her senior. He was interested in Vicki only as a sex object, persuading her to join in lesbian threesomes and pedophilliac role-play fantasy in which he dressed her as a schoolgirl, in exchange for a lavish lifestyle.

She began working as an usher at Graumann’s Chinese Theatre. She hoped to rub elbows with “Hollywood types” and jump-start her dreams of modeling and acting. It was at Graumann’s that young Vicki met 54-year old multimillionaire Alfred Bloomingdale, of the famed New York department store. Bloomingdale mentioned that he had a daughter Vicki’s age and the two should get together for tennis. Tennis was the last thing on Bloomingdale’s mind.

Vicki became Bloomingdale’s mistress. For twelve years, Bloomingdale showered Vicki with jewelry, clothes, vacations  anything she wished for… and she wished for a lot! Bloomingdale paraded Vicki around in front of friends and colleagues like a trophy. And Vicki loved every minute of it. Betsy Bloomingdale, while fully aware of the relationship between Vicki and her husband, refused to acknowledge it. During her years with Bloomingdale, Vicki also had a whirlwind tryst with Princess al-Jauhara, daughter of King Faisal of Saudi Arabia. They partied long and hard and their affair ended with  in Vicki’s words  “a sex and drugs bacchanal cruise to Hawaii.” Upon returning from the cruise, Vicki checked into rehab for treatment for addiction and depression.

In 1982, Alfred was diagnosed with terminal cancer. Betsy took control of the couple’s finances and immediately cut Vicki off. Vicki hired noted attorney Marvin Mitchelson and filed a palimony suit. The pre-trial coverage caused a huge scandal in Washington political and social circles because of Bloomingdale’s connections to President and Mrs. Reagan and his membership to the United States Advisory Commission on Public Diplomacy. Vicki learned of a dinner meeting Mitchelson took at the White House. She lost trust in Mitchelson and fired him. At the trial, Betsy testified that Vicki was a very well-compensated prostitute and was entitled to nothing more than she already received. The judge agreed and the the case was dismissed.

With no income, Vicki began to sell jewelry and other possessions. She also prepared to write a “tell-all” book, detailing the sexual escapades she shared with famous businessmen and politicians. She was forced out of her plush Bloomingdale-supported LA apartment and into a small condo in the San Fernando Valley. She shared the condo with Marvin Pancoast, a man with a history of mental illness including schizophrenia, whom she met during her brief stay at a drug rehab clinic. Their time together was short, as the condo’s management threatened eviction for non-payment of rent. Vicki demanded that Marvin find alternative living quarters for the two of them, but none of his suggestions met with her satisfaction.

At 3:20 a.m. on July 7, 1983, Marvin Pancoast wandered into a North Hollywood police station and informed the desk officer on duty, “I just killed someone.” He willingly gave details to the police. He told how he was tired of hearing her complaints and being treated as “her little slave boy”. He explained that he searched the garage, found a baseball bat, returned to her bedroom and beat her to death. Vicki was a month shy of her 31st birthday. Investigators found the scene at the condo just as Marvin had described. Marvin was sentenced to twenty-six years. He died of AIDS in prison after serving eight.

A subsequent appeal to the palimony suit resulted in a settlement of $200,000. The money was awarded to Vicki’s grown son.