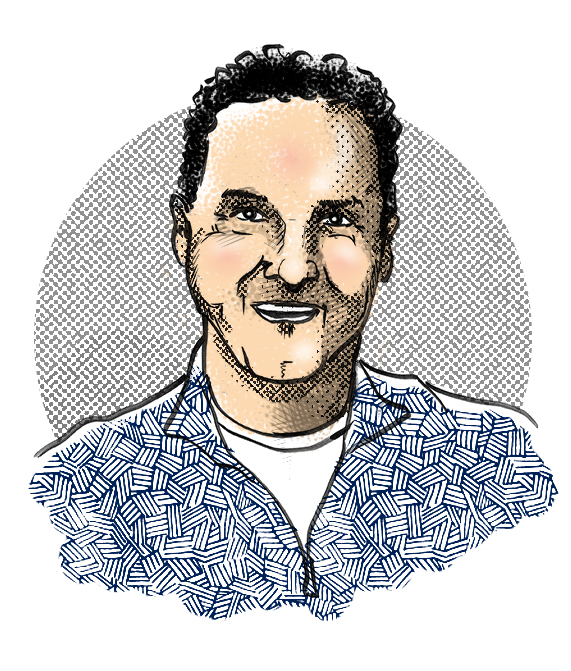 A moth goes into a podiatrist’s office.

“Doc, I hate my career. My marriage is failing. My family is exhausting. My relationships with my children are terrible. Sometimes it’s all too much to bear. I don’t know where to turn.”

“You need help,” replies the podiatrist. “But you need a psychiatrist, not a podiatrist. Why did you come here?”

“Because,” the moth replies. “The light was on.”

Norm passed away in September 2021 after a decade-long battle with cancer. Although he joked about death in his act, he kept his illness a secret. Norm was 61. He was a funny guy. Ross Martin — the former Martin Rosenblatt — was something of a true Renaissance Man. As an infant, he emigrated to the United States from his native Poland. He spoke Polish, Russian and Yiddish before he learned to speak English. Later, he added Spanish, Italian and French to his fluent languages.

Ross made his motion picture debut in George Pal’s 1965 sci-fi adventure Conquest of Space. Moving to television, Ross landed roles in Richard Diamond, Private Detective, Peter Gunn and Mr. Lucky. His villainous take in Blake Edwards’ The Great Race led to the role for which be is best remembered — Secret Service agent “Artemus Gordon” in the sophisticated spy Western The Wild Wild West.

For four seasons, Ross delighted viewers with an array of costumes, characters and accents. He designed and created the make-up for his disguises himself, often surprising and confusing co-stars who didn’t recognize him. A near-fatal heart attack and a subsequent broken leg sidelined the actor from a number of episodes, but the series was eventually canceled due to concerns of abundant violence on TV.

Never one to sit still, Ross became a new phase of his career — voice acting. He lent his vocal characterizations to dozens of animated cartoons, including Sealab 2020 and Wait ‘Til Your Father Gets Home. He also made numerous guest appearances in episodic television, including directing several episodes of the comedy anthology Love, American Style. He even reprised his role of “Artemus Gordon” in two Wild Wild West reunion movies.

In July 1981, just after finishing a tennis match at a San Diego country club, Ross suffered a fatal heart attack. He was pronounced dead at a hospital at the age of 61. 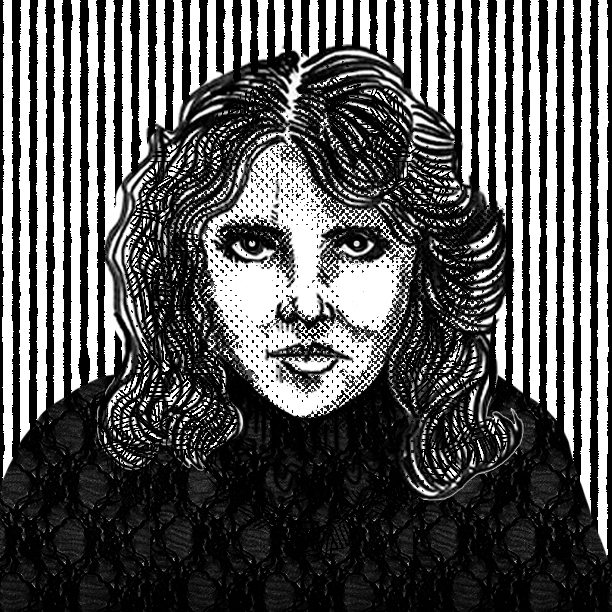 Josephine Workman was born in Los Angeles in 1882, one of seven children. With no experience or aspirations, she innocently answered an ad in a local newspaper seeking women with “the physical attributes for playing a Native American.” The ad was placed by Bison Motion Pictures’ director/producer Thomas Ince, known in Hollywood as “The Father of the Western.” Ince produced over 800 films in the genre, but famously shunned the hiring of actual Native Americans. Ince liked Josephine’s looks. Once she quickly accomplished the necessary horseback riding skills, the 27 year-old was renamed “Mona Darkfeather” by the studio and given a fabricated backstory involving a Native American lineage.

In a whirlwind six years, “Mona” appeared in over 100 silent films, usually portraying Native American maidens. She became adept at stunts and the trick riding required for some scenes. She married director Frank Montgomery in 1912 and he guided her career, having her “branch out” to play characters of Spanish ancestry. Her persona of “Princess Mona Darkfeather” was renowned and she often made live promotional appearances to the delight of her strong fanbase. She was pursued by Cecil B. DeMille for roles, but declined as she worked exclusively with her husband on independent pictures. But in 1917, “Mona” retired from the screen and later divorced Montgomery… only to marry him again following an eight-year marriage to banker Alfred Wessling. Her second marriage to Montgomery lasted until his death in 1944.

In her retirement, “Mona” lived in relative obscurity until her passing in 1977 at the age of 95. A ward of the State of California, she was destitute at the time of her death. Her stardom had faded along with any interest in her career. Her film catalog had long been discarded by the studios leaving her with no legacy. She was interred in an unmarked grave until 2014 when a great-nephew paid for a grave marker. 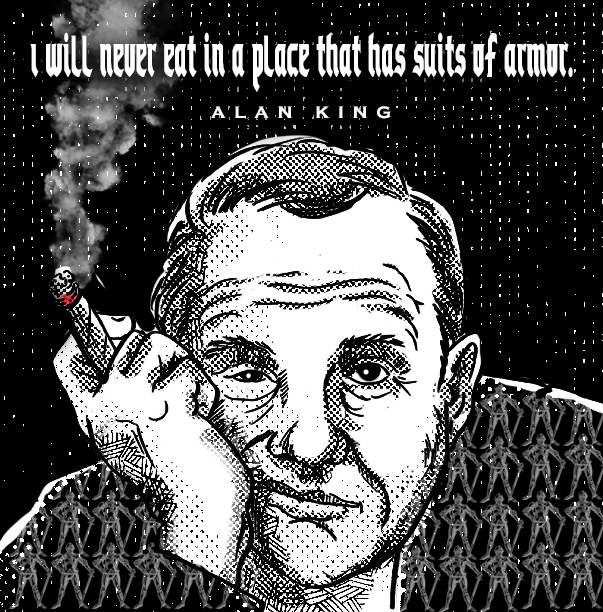 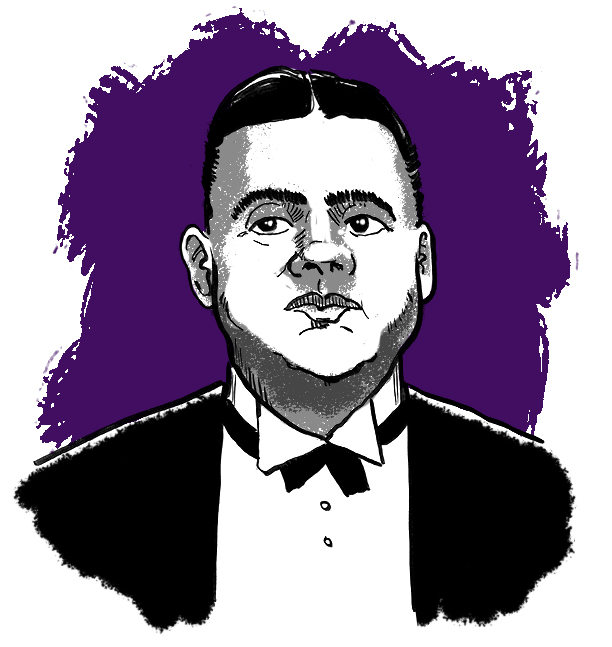 At 17, Dee Lampton made his big screen debut in a 30 minute short subject opposite Charlie Chaplin. He was billed in the silent production as “Fat Boy.” Dee was signed on to producer Hal Roach’s stable of players, usually relegated to playing characters that exploited his considerable weight. At nearly 300 pounds, Dee was surprisingly agile and was able to tackle the physical requirements of the roles he was given. In five years, Dee appeared in over fifty films, mostly as a supporting player to comedian Harold Lloyd, including the “Luke” series of shorts. Dee was featured in a starring role in a series of shorts playing the unlikely-named character “Skinny Schemer.”

In 1919, Dee died as a result of appendicitis. He was just twenty years-old. His last film was delayed in its release for a year, while star Harold Lloyd recovered from an accident involving a prop bomb explosion while on a promotional tour. Because of this, Dee had faded from the public’s memory. 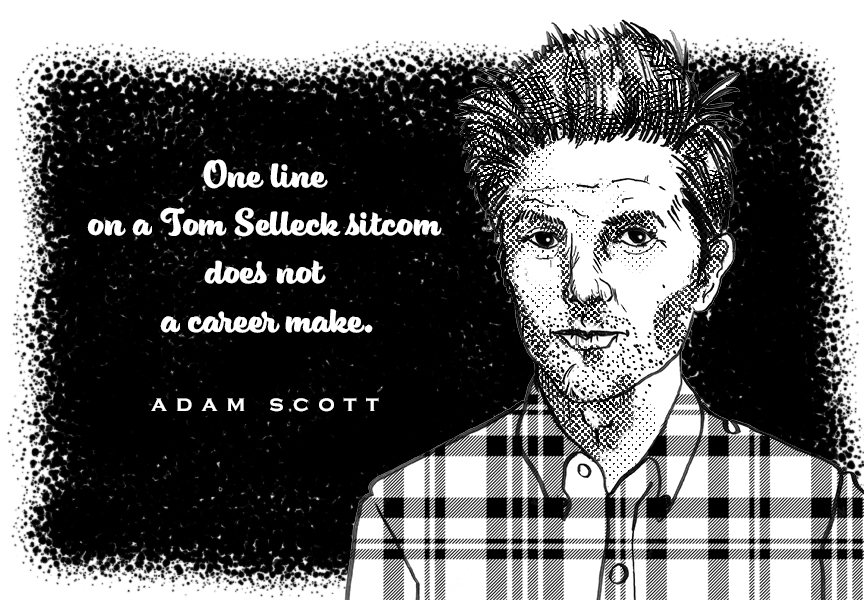 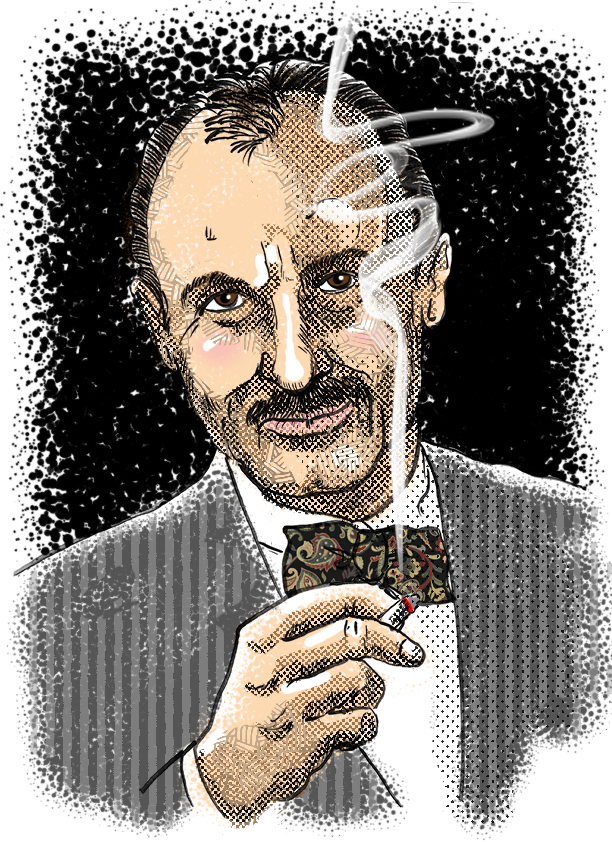 Born to an affluent Philadelphia family, Marc Blitzstein was something of a child prodigy. He displayed a natural talent to for the piano, playing Mozart pieces at age 7. Later, he studied under Alexander Siloti (himself a student of Tchaikovsky and Liszt) and made his professional debut with the Philadelphia Orchestra at 21.

Marc’s musical studies took him to Europe, where he became a student of Nadia Boulanger, the respected and influential teacher of some of the greatest composers of the 20th century, including Aaron Copland, Philip Glass, Burt Bacharach, Quincy Jones and many others. In addition to developing his talent and ability, Marc also developed a superiority complex, publicly belittling other composers. He often denigrated contemporaries like Kurt Weill, accusing them of compromising their musical integrity for the sake of making a buck.

Marc composed a number of piano pieces and eventually wrote and scored musical theater. His pro-union musical, The Cradle Will Rock, received widespread praise. However, it could have been the trigger for his later investigation by the House Un-American Committee in 1958. Marc was accused of being a Communist… an allegation that was, most likely, true.

Considering his negative feelings regarding Kurt Weill, Marc is best known for translating Weill’s Threepenny Opera into English for a 1954 revival. His words to songs like “Mack the Knife” are the ones that are so familiar today.

In 1964, on a vacation in Martinique, Marc met three sailors in a bar. After some brief conversation, he solicited the trio for sex. Marc was taken outside, where he was severely beaten and robbed by the three. He was found in an alley near the bar and taken to a local hospital, where he died from his injuries. He was 58. 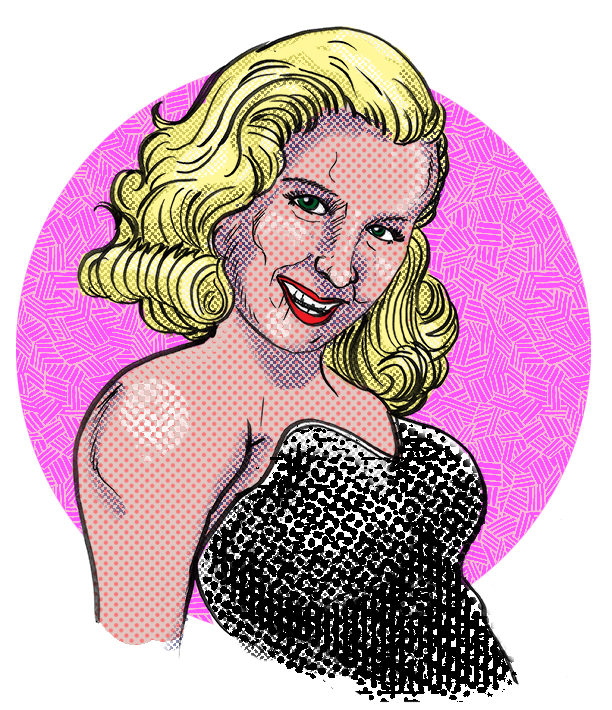 Born the tenth of eleven children to a grocery store owner in Tacoma, Washington, Helen Greco, as they say, came out singing. She began belting out songs at the age of 4 and by 8, little Helen was singing on local radio. While performing on a Seattle variety show, a young Bing Crosby caught Helen’s act, prompting him to exclaim “That girl sings Hollywood!” Helen and her family moved to Los Angeles and the young singer was given a job in Hollywood, earning $75 a week.

In 1935, eleven-year old Helen (now using the last name “Grayco”) appeared in a non-speaking role in the Marx Brothers’ film A Night at the Opera. A few years later, producer Joe Pasternack signed Helen to replace teen sensation and Universal Studios leading child star Deanna Durbin. Helen was cast in a supporting role in That Certain Age, a Durbin picture.

In the 1940s, Helen began a string of featured vocalist positions with a number of popular big bands, including Red Nichols’ ensemble. She met wildly popular “murderer of modern music” Spike Jones backstage at the Hollywood Palladium. Jones offered the songstress a job with his group, The City Slickers. Familiar with the type of music the Slickers performed, Helen lamented, “But I’m no comedian. How will I fit in?” Jones promised her that nothing would change. She would be given her own spotlight between comedy bits, to allow the audience to calm their fits of laughter. It was a perfect match and audiences loved it. Helen also worked with Jones’ other band, appropriately named Spike Jones’ Other Orchestra. This group played things straight, offering so-called “pretty” music that differed greatly from the City Slickers’ raucous on-stage antics. However, the public preferred the Slickers’ crazy tunes and The Other Orchestra broke up after a year. Along the way, Helen married Spike Jones.

Helen moved on to a solo career, releasing several albums. She also was a featured performed on her husband’s network television variety show The Spike Jones Show. The show ended in 1961. After Jones’ untimely death in 1965, Helen began singing in various nightclubs for the next decade. She met and married successful restaurateur Bill Rosen. After a few television appearances, including her final public performance on The Dean Martin Show, Helen stepped out of the spotlight for good. 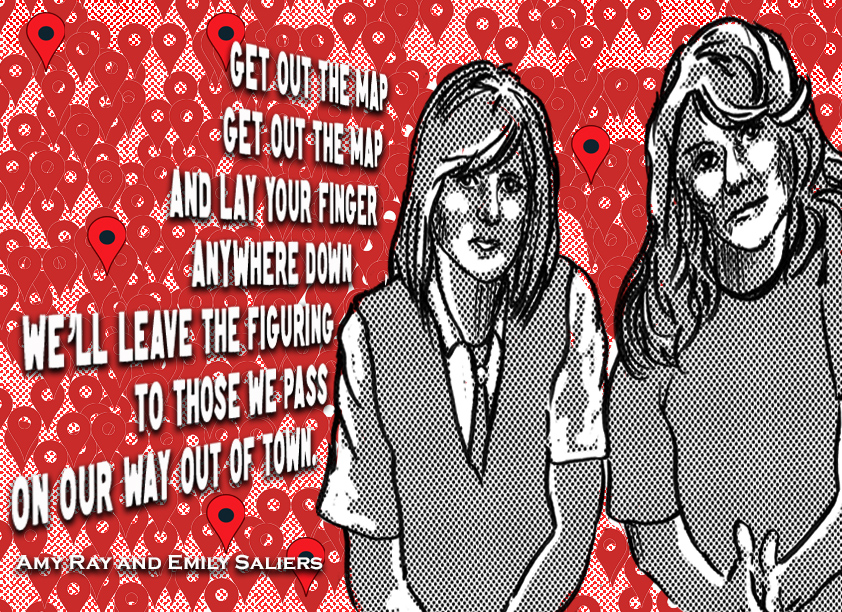 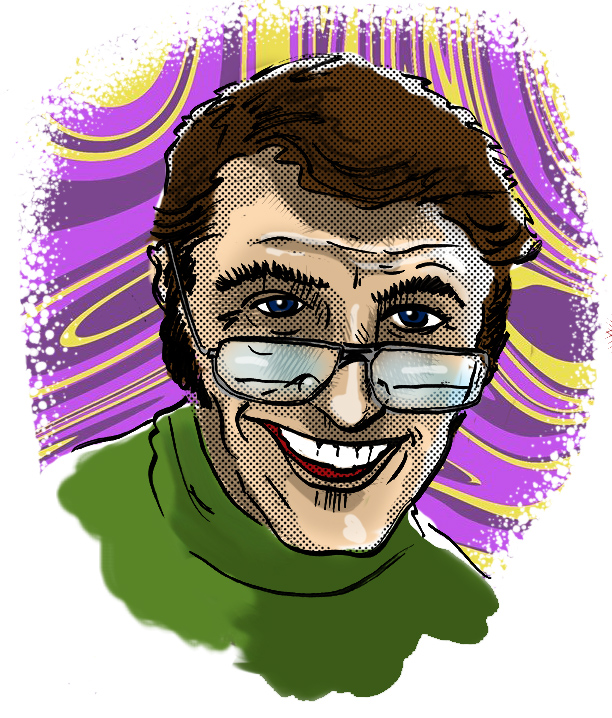 Murray Roman… the man who would be Lenny Bruce.

Murray was a clean-cut observational comedian much in the same vein as George Carlin. And like Carlin, Murray’s act changed when he began dabbling in and experimenting with LSD and marijuana. He managed a few small roles in episodic television, including brief appearances on The Monkees, Batman, That Girl and Rat Patrol. In 1968, he released a comedy album entitled You Can’t Beat People Up and Have Them Say I Love You on Tetragrammaton Records. Tetragrammaton Records was a subsidiary of a production company of which Bill Cosby was a principal partner. The album was a strange amalgam of comedy routines in the style of Lenny Bruce, interspersed with psychedelic music. Murray was able to land a stint on the Pat Boone Show, as Boone also recorded for Tetragrammaton. A fixture on the LA comedy scene, Murray was signed to open shows for The Doors. His comedy album was released through Polydor Records in England. The Who’s Keith Moon became a big fan and supporter of Murray’s.

In 1969, Murray secured a spot on the writing staff of the popular Smothers Brothers Show, alongside such notable writers as Steve Martin, Carl Gottlieb and Bob Einstein. According to his fellow writers, Murray wasn’t much of an actual “writer” per se. He was more of a “talker,” explaining his concepts and having the other writers jot them down. Einstein remembered that Murray idolized Lenny Bruce and lived his life like the controversial comedian.

Murray’s life was cut short by a car crash that left him in a coma for months. He had been working on a spoof of the Marlon Brando film Last Tango in Paris called Last Foxtrot in Burbank. His costar was Sally Marr, mother of his idol Lenny Bruce. Murray passed away in November 1973 at the age of 43, having never regained consciousness.