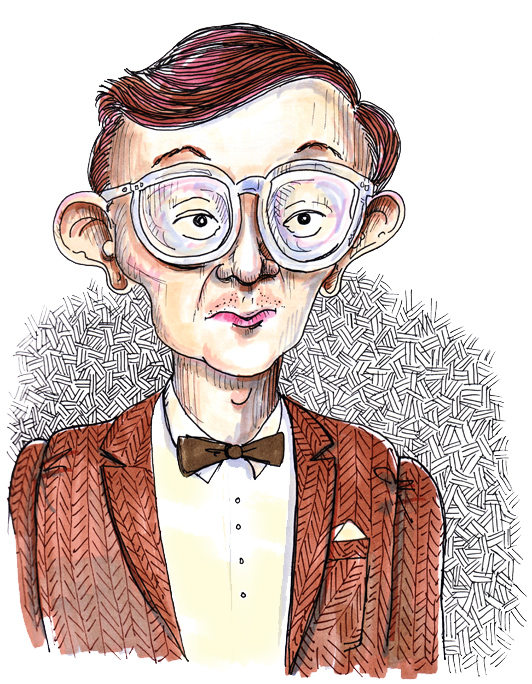 Wally Cox hated the role that made him famous. After beginning his career as a stand-up comedian, he starred for three seasons as mild-mannered science teacher Robinson Peepers in “Mr. Peepers”, an early sitcom that co-starred Tony Randall, Jack Warden and Marion Lorne. In interviews, Wally constantly argued unsuccessfully that he was nothing like the shy and timid character he portrayed. In reality, Wally was married three times. He was very athletic and he often hiked and rode a motorcycle.

In the early 1960s, he lent his voice to Underdog, a cartoon character that was a loose parody of Superman. Wally appeared in over twenty motion pictures, including several Disney productions and the unfinished final Marilyn Monroe vehicle “Something’s Got To Give”. He also appeared in guest-star roles on numerous network shows, including “The Dick Van Dyke Show”, “Bonanza” and several episodes of “The Beverly Hillbillies”. Later, he became a staple on the popular, long-running game show “Hollywood Squares”. His meek character was again exploited on “Hollywood Squares” and Wally often gave sarcastic answers to play against type.

In 1973, during his run on “Hollywood Squares”, 48-year old Wally Cox died from a heart attack. Unconfirmed rumors suggest it was brought on by an overdose of sleeping pills. An unannounced, surprise guest showed up at his wake. It was Wally’s lifelong friend Marlon Brando. Wally and Brando had been roommates in the late 1940s and remained close their entire lives. Brando was visibly upset by the loss of his friend. After cremation, Wally’s remains were given to Brando, where he kept them in a special container in a closet in his home. Sometimes, Brando later stated, conversing with Wally’s remains made him feel better when he was depressed. When Brando passed away in 2004, he, too, was cremated. Family members mixed his ashes with those of Wally Cox and scattered them in Death Valley, California.

Interestingly, in the early 1970s, character actor Bud Cort (“MASH”, “Harold and Maude”) had to adopt a stage name in order to join the Screen Actors Guild. Cort’s real name is Wally Cox.