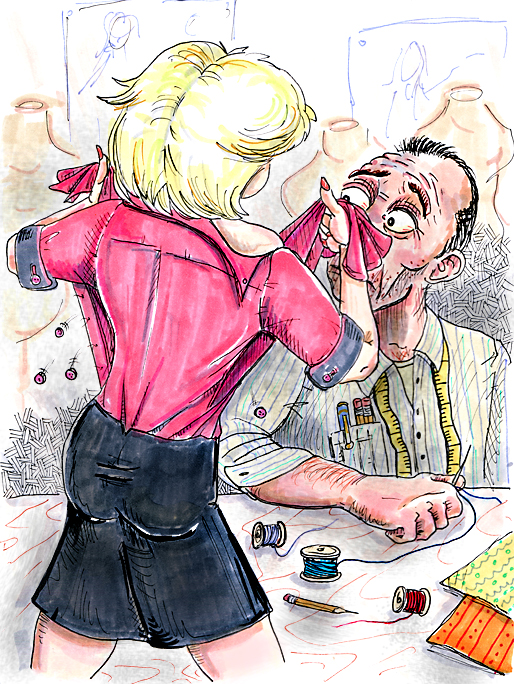 The film’s screenwriter/director, the great Billy Wilder, was a Hollywood legend. Emigrating to the United States in 1933 from Nazi-controlled Poland, Wilder became a successful writer and director. He earned two Best Director Oscars in his eight nominations. He penned the screenplays to such iconic films as Double Indemnity, Stalag 17, The Lost Weekend and Sabrina.  Wilder adapted the story for Some Like It Hot  from a 1951 German film called Fanfaren der Liebe. When production began in 1958, Bob Hope and Danny Kaye were considered for the roles that eventually went to Jack Lemmon and Tony Curtis. Wilder wanted Frank Sinatra for Lemmon’s character. Wilder also campaigned for Mitzi Gaynor for the role of “Sugar Kane Kowalczyk”. United Artists execs chose Marilyn Monroe instead. Marilyn was coming off a two-year hiatus from films and she had also suffered a miscarriage. Wilder would later wish he had pushed for Ms. Gaynor a little harder.

Working with Marilyn Monroe was a nightmare for the entire cast and crew. She exhibited bouts of tardiness, stage fright, and the inability to remember lines. Her behavior was hostile, and was marked by refusals to participate in filming and outbursts of profanity. Consistently refusing to take direction from Wilder, Marilyn required forty-seven takes to get her famous line “It’s me, Sugar” correct. She would say either “Sugar, it’s me” or “It’s Sugar, me”.  After the thirtieth take, Wilder wrote the line on a blackboard. Another scene required Marilyn to rummage through some drawers and say “Where’s the bourbon?” After 40 takes of her saying “Where’s the whiskey?”, ‘Where’s the bottle?”, or “Where’s the bonbon?”, Wilder wrote the line on a piece of paper and pasted it in one of the drawers. Marilyn became confused about which drawer contained the line, so Wilder pasted it in every drawer. Fifty-nine takes were required for this scene and when she finally does say it, she has her back to the camera. Rumor says Wilder had the line dubbed in post-production.

Director Wilder wasn’t the only one that Marilyn clashed with on the set of Some Like It Hot. Although she bonded with Jack Lemmon, Marilyn had contempt for co-star Tony Curtis after she heard him remark to a crew member that kissing her was like kissing Hitler. In the “farewell” telephone conversation between Marilyn and Curtis, her side-to-side eye movements clearly reveal that she was reading her lines directly from an off-screen blackboard. Wilder often reported that Marilyn was routinely hours late to the set, and occasionally refused to leave her dressing room.

Academy Award-winning costume designer Orry-Kelly designed the clothing for Lemmon and Curtis, since most of their on-screen appearances required that they dress as women. Of course, he also maintained the wardrobe for Marilyn Monroe. During production, Orry-Kelly was measuring Marilyn for a dress and he jokingly told her “Tony Curtis has a nicer ass than you.” A furious Marilyn ripped open her blouse and announced, “Yeah, but he doesn’t have tits like these!”

During the filming of Some Like It Hot, Billy Wilder was speaking of dealing with the on-set antics of Marilyn Monroe when he said: “We were in mid-flight, and there was a nut on the plane.” When production ended, Marilyn was not invited to the cast wrap party.

Personally, I never liked Some Like It Hot, despite numerous viewings. I just don’t think it’s funny. I think the “creepy-for-its-time” Sunset Boulevard  is Billy Wilder’s shining moment, although Wilder himself recognized Some Like It Hot as the most popular film with which he’d ever been associated.

Oh, and I never really got the appeal of Marilyn Monroe.