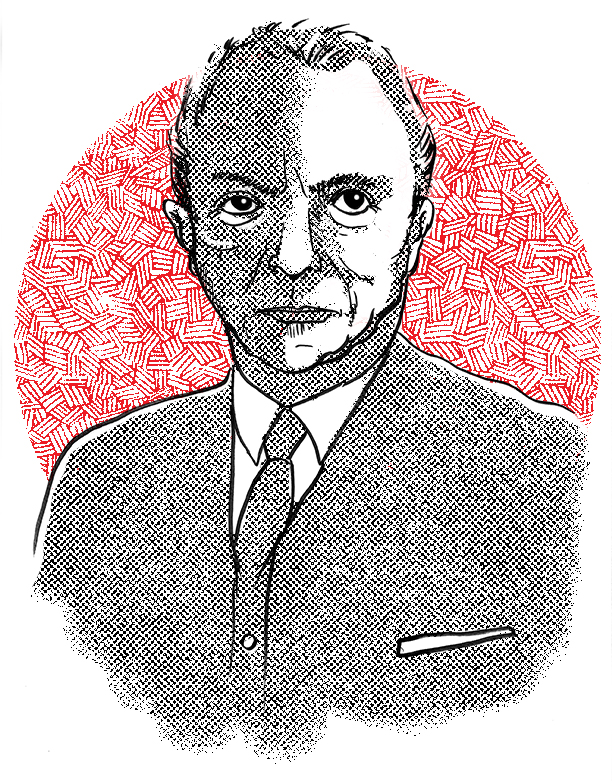 Everett Sloane was bitten by the acting bug in elementary school. But it wasn’t until a salary cut as a runner on the floor of the New York Stock Exchange prompted Everett to pursue acting as a career. His initial role as sidekick to title character Bulldog Drummond led to thousands of roles in radio. He latched onto a roles with the repertoire company The March of Time, acting alongside such future stars as Art Carney, Richard Widmark, Agnes Moorehead, Jeanette Nolan and Orson Welles. Welles had bigger visons and Everett followed him, joining up with the Mercury Theatre Players. He was cast in Welles’s epic Citizen Kane, as well as the impresario’s subsequent projects Journey into Fear, The Lady from Shanghai and Prince of Foxes.

Everett branched out to Broadway, as well. He appeared in numerous roles from the 30s until the 60s. He even composed songs for his final stage role in the musical revue From A to Z. Everett made the easy transition to television with guest appearances in dozens of series including a memorable turn in a first season episode of Twilight Zone playing a man tormented by his gambling addiction. Everett played “Andres Felipe Basilio” in a multi-episode story arc on the popular Zorro series. He was cast in Westerns and anthologies and even comedies like his cantankerous “Jubal Foster” in a 1962 episode of The Andy Griffith Show. Everett even wrote lyrics to the iconic whistled theme song for The Andy Griffith Show, although they were never used.

In films in the 50s and 60s, Everett played a variety of supporting roles including the remake of To Have and Have Not (entitled The Gun Runners) and several Jerry Lewis comedies. Harkening back to his radio days, Everett lent his voice to animated characters including Dick Tracy and assorted characters on Jonny Quest.

In 1965, after a diagnosis of glaucoma and fearing blindness, Everett committed suicide with an overdose of barbiturates. He was 55 years old.