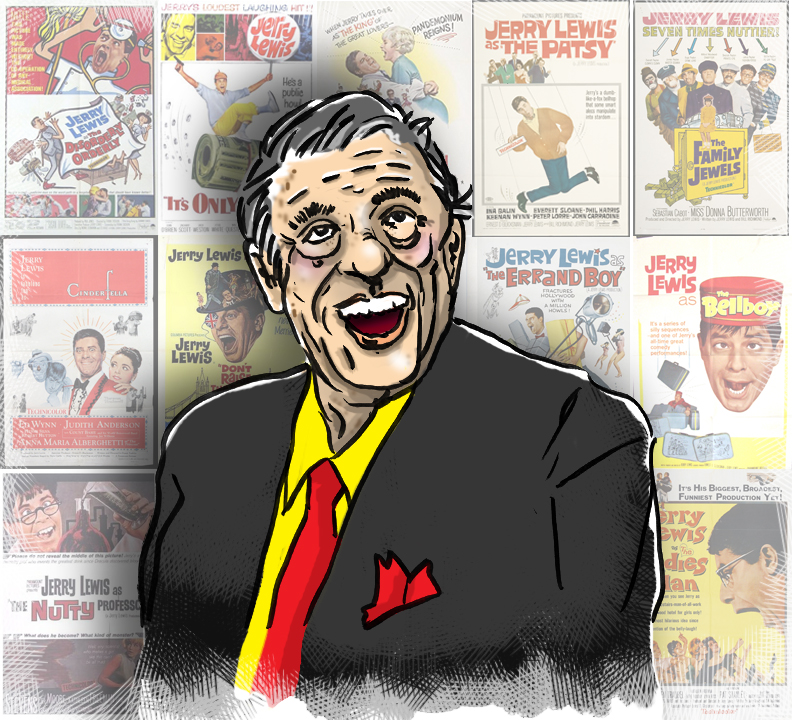 Jerry Lewis, the son of a popular vaudeville entertainer, is one of the last living connections to the Golden Age of Hollywood.

In 1945, he was performing at a club in New York City. He met a young singer named Dean Martin who was also scheduled on the bill. The pair decided to team up and became one of the biggest acts in show business. They made countless appearances on television, radio (they had their own show), night clubs and, eventually, the movies. After a small role in 1949’s My Friend Irma, the duo made their starring debut in 1950’s At War with the Army. They made seventeen films together over the course of seven years. During this time, they also maintained a grueling pace with personal appearances and guest shots on variety shows. Dean soon resented playing the “straight man” to the manic Jerry. Dean also felt his singing was taking a secondary role in the act and that too much focus was placed on this partner’s crazy antics. That and articles in the press identifying Jerry as the “real talent” were factors in the duo’s demise. They split ten years to the day after their first meeting. 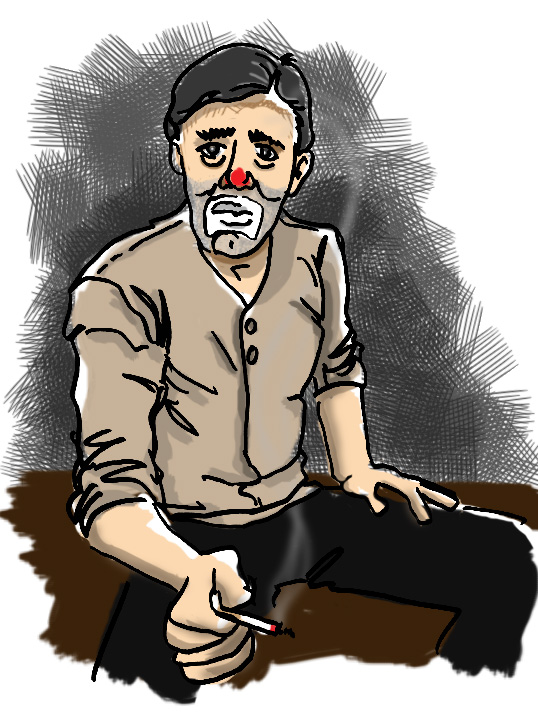 Jerry as Helmut Doork in
“The Day the Clown Cried”

Dean Martin surprised everyone by embarking on a successful solo career as a singer. He also proved to be a pretty good actor. Jerry continued to make films, expanding his already kooky shtick to his solo efforts. He made two dozen films — directing and writing many of them — and became Paramount Studios’ biggest star. Although the plots of his movies were mostly repetitive and formulaic, he gained industry-wide respect and was lavished with many awards and honors. Internationally, Jerry was mentioned in the same breath as comedy genius Charles Chaplin. He even taught a course in filmmaking at USC. Though, in the 70s, he was responsible for the notorious The Day the Clown Cried, the story of Helmut Doork, a clown recruited by the Nazis to lead unsuspecting children to their death in a concentration camp. The film was never completed nor released. Jerry publicly stated that the film is an embarrassment. Allegedly, the only copy remains locked in a safe in Jerry’s home and a handful of people claim to have seen it. However, it was reported recently that the Library of Congress holds a copy of the film and will screen it in “another ten years or so.”

In 1952, Jerry Lewis hosted the first Muscular Dystrophy Association Telethon. In 1996, the title was changed to the Jerry Lewis MDA Telethon. The annual 21-hour broadcast became a cavalcade of stars, all due to Jerry and his show biz connections. In 2011, Jerry was unceremoniously relieved of his hosting duties and the fundraising was cut back to six hours. Jerry disassociated himself with the charity. In 2015, it was announced that the telethon would be discontinued.

Jerry Lewis has been the subject of much personal and professional criticism throughout his eight-decade career. He has been maligned in the press by critics as well as by peers and associates. Hell, I’ve seen almost every one of his movies and I never thought he was funny. Not even a little bit. But, there is no denying the impact and influence he has had on the careers of other actors and comedians, specifically Jim Carrey. In recent interviews, he has been angrily outspoken about the mistreatment he has received and he has been very selective about the things he will discuss.

I suppose that after all this time and the ups and downs of his life and career, he has earned that right. He’s 89. Just leave the old guy alone already.