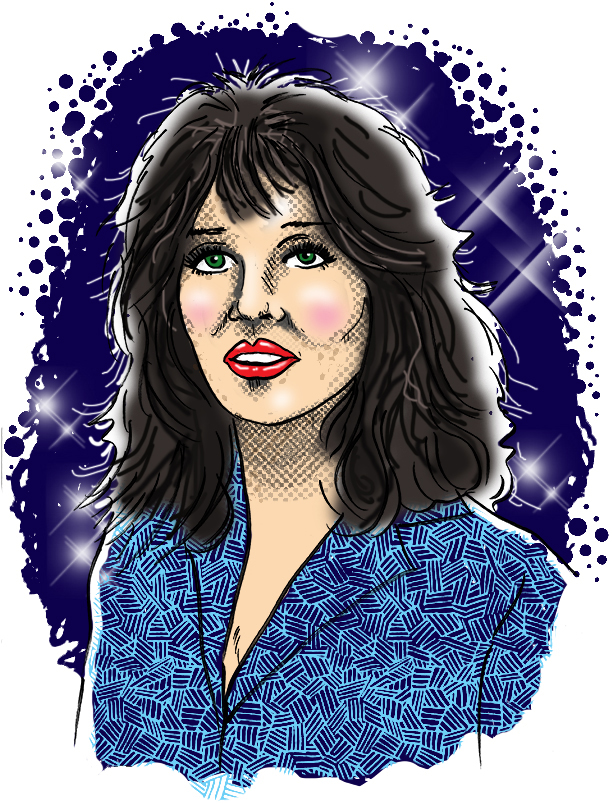 Tanya Roberts enjoyed a pretty successful career. Sure, she wasn’t a huge star and not even a household name, but she was more successful than a bunch of other starry-eyed hopeful actresses that you never heard of. Tanya began as a model, appearing as a pretty accompaniment to the products in commercials for toothpaste and headache relief medication. She was in a succession of schlocky horror films in typical femme fatale roles. She made a bunch of TV pilots that were never picked up. In the summer of 1980, Tanya beat out over 2000 anxious applicants for a role in the final season of the declining Charlie’s Angels. She would be replacing the departing Shelley Hack. Tanya debuted on the once-popular, now struggling detective series in November. The show was cancelled the following July. Soon after, Tanya was cast in a pair of fantasy films, the cult favorite The Beastmaster and the comic-based Sheena, Queen of the Jungle. The latter prompted an award for “The Worst Actress” by the satirical Golden Raspberry Award Foundation. In 1985, she was chosen for the role of geologist “Stacey Sutton” in the James Bond film, A View to a Kill. Tanya was the second choice for the part, after Priscilla Presley turned it down. After a glut of forgettable B-grade movies, Tanya landed a recurring part on the sitcom That 70s Show. She stayed with the show for several seasons, eventually leaving to care for her ailing husband.

On Christmas Eve 2020, Tanya experienced intestinal pain and had difficulty breathing. She had collapsed a few days earlier while walking her dog. She was rushed to the hospital and placed on a ventilator. On January 3, 2021, news outlets reported that Tanya had passed away. However, it was later clarified by her current partner, Lance O’Brien, that he had visited her and “said goodbye.” This was interpreted incorrectly, with the assumption that “goodbye” meant “final goodbye.” All news reports were quickly rescinded. Tanya was suffering from a blood infection aggravated by her previous history of Hepatitis C. She was taken off of life-support and passed away on January 4 at the age of 65 — this time for real.

Despite her modest successes as an actress, Tanya Roberts will most likely be remembered as the actress who died twice.