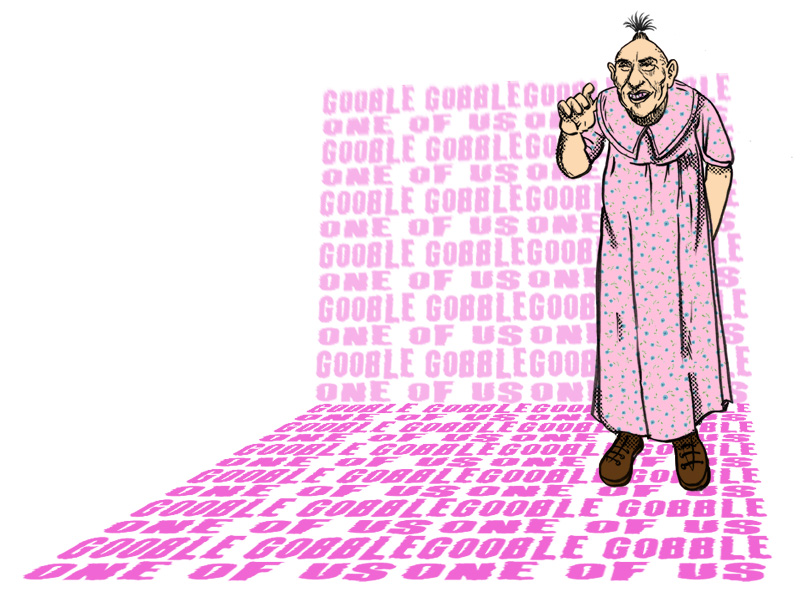 For his follow-up to the celebrated Dracula, director Tod Browning recruited a number of real-life sideshow performers for the decidedly darker Freaks. The film shocked 1932 movie audiences. It was banned in the Untied Kingdom for over thirty years and was labeled “brutal and grotesque” by Canadian critics.

However, in 1994, Freaks was added to the United States National Film Registry and deemed “culturally, historically, or aesthetically significant.”

One of the most memorable characters in Freaks was Schlitzie Surtees, a 31-year old born with microcephaly. chlitzi performed in various circus sideshows as well as several more films. He loved the circus life and worked into the late 1960s. He spent his final days in and around MacArthur Park in Los Angeles, feeding the pigeons and performing for passers-by. He passed away in 1971 at the age of 70 and was interred at Queen of Heaven Cemetery in Rowland Heights, California.