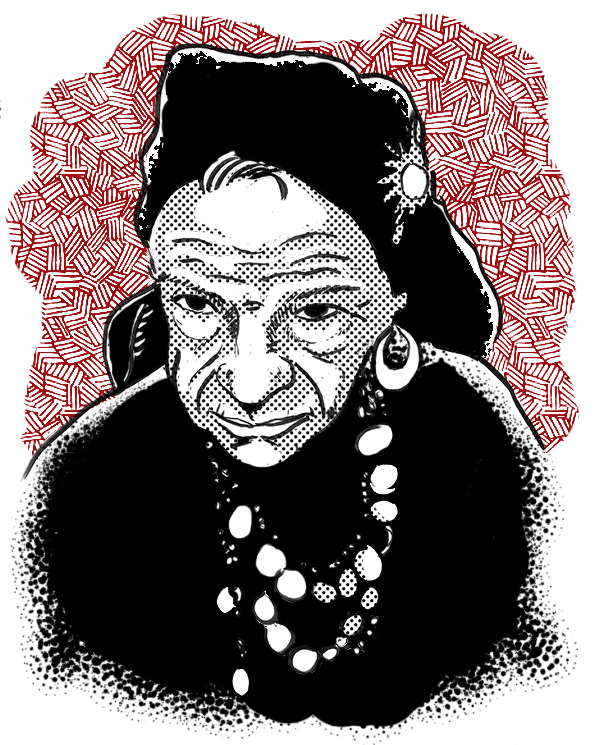 I only remember Maria Ouspenskaya from two movies — Universal’s 1941 horror classic The Wolf Man with Lon Chaney Jr. and its sort-of sequel Frankenstein Meets The Wolf Man two years later. The diminutive actress played the same role in both films. She was the mysterious “Maleva,” an omniscient Gypsy woman who explains to poor “Lawrence Talbot” his unavoidable fate after being bitten by a wolf. The beast in question was the lupine incarnation of her own son “Bela,” played by actor Bela Lugosi, despite only being six years younger than Maria. I, like most movie fans, dismissively associate Maria Ouspenskaya with this character. Whenever she is referenced in pop culture, it is usually a comment regarding her “Hollywood Gypsy” persona. Curiously, The Wolf Man and Frankenstein Meets The Wolf Man were the only horror films she made.

But Maria Ouspenskaya was more than just “Maleva.” She was an in-demand actress, singer and dancer in her native Russia, as well as a founding member of the First Studio, a theatre studio of the world-famous Moscow Art Theatre. where she had studied under the respected auspices of Konstantin Stanislavski, a passionate proponent of “method acting.” On a tour of the United States, she decided to stay in New York City. She actively performed on Broadway for over a decade before founding the School of Dramatic Art in 1929. One of her students was a talented teenager named Anne Baxter.

In the early 1930s, when her finances were waning, Maria reluctantly headed to Hollywood. She found a succession of film roles that took full advantage of her pronounced Russian accent. Playing all sorts of characters of undetermined ethnicity, Maria was featured in dozens of movies including Dodsworth, for which she earned a Best Supporting Actress Oscar nomination. She appeared in supporting roles in Waterloo Bridge, Conquest, King’s Row, Dr. Ehrlich’s Magic Bullet and Love Affair, for which she received her second Academy Award nomination. She also found time to open The Maria Ouspenskaya School of Dance, where she instructed students in dance techniques she acquired in Russia. One of her students was future celebrated dancer Marge Champion.

In 1949, 73 year-old Maria fell asleep in her house while holding a lit cigarette. She suffered severe burns in the subsequent blaze. A few days after the house fire, Maria died from a massive stroke.