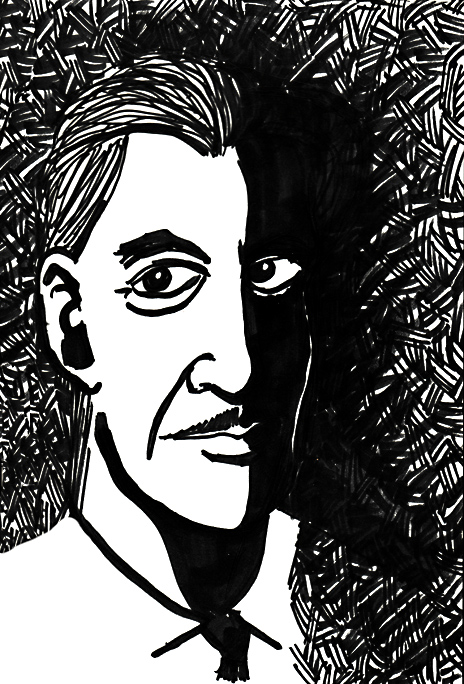 Charles Browning grew up in Louisville, Kentucky. He was a huge baseball fan and he was pals with his uncle, “Old” Pete Browning, a 3 time batting champ, who stole 103 bases in 1887. Charles’ Uncle Pete’s commissioning of a bat provided the start of the Hillerich & Bradsby bat company, famous for their Louisville Slugger model.

At 16, Charles changed his name to Tod and ran away from home to join the circus. He traveled with various sideshows and carnivals taking on many jobs. He worked as a talker (not a “barker”). He performed a live burial act billed as “The Living Corpse”, and performed as a clown with Ringling Brothers. He would draw on this experience as inspiration for some of his film work.

Later, while working in variety theater, he met director D.W. Griffith and began working as an actor. He appeared in over fifty films. In 1915, he was involved in a near-fatal car wreck. Tod was sidelined as he convalesced and he wrote scripts. He made his directorial debut in 1917. He directed twenty or so films (including one with Lon Chaney, Sr.) that were not particularly popular. In 1925, he reunited with Chaney for The Unholy Three, which was a huge success. He made ten more films with Chaney including The Unknown (co-starring a young Joan Crawford) and London After Midnight, both in 1927.

Based on his popularity, Tod was chosen to direct the 1931 horror classic Dracula. After Dracula, Tod began work on a film based on a short story by Clarence “Tod” Robbins, the screenwriter of The Unholy Three. The film was Freaks. It was the story of a love triangle between a wealthy circus dwarf, a gold-digging acrobat and a strongman. Tod cast actual sideshow “freaks” and the studio heads at MGM were apalled. The film contained many scenes that were disturbing for 1932. The studio demaded edits. It was released and banned throughout the world. Tod’s career was derailed. He directed four more films, including a remake of London After Midnight. He left the Hollywood scene in 1939 and became a recluse.

In 1950, after years of heavy smoking, he developed throat cancer and required tongue surgery. He moved in with some friends in their home in Malibu. He was found dead in their bathroom on October 6, 1962 at the age of 82. He had stayed out of the spotlight for 23 years.