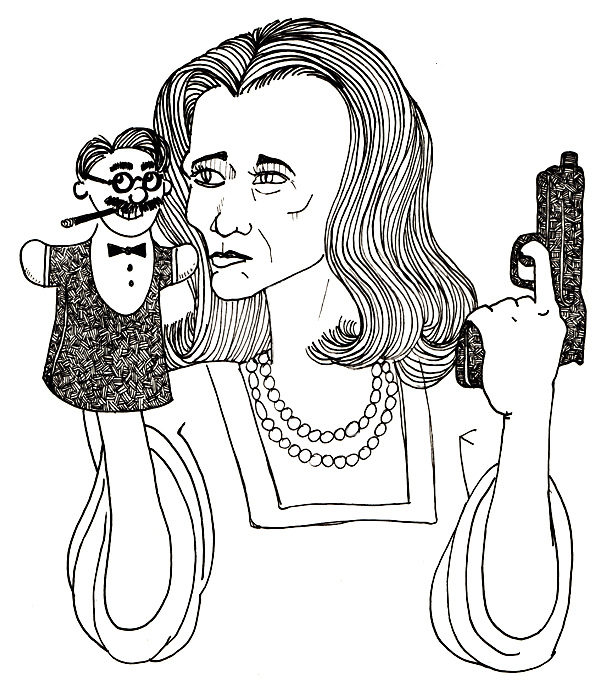 Thirty-year-old Erin Fleming was hired as secretary to eighty-year-old Groucho Marx in 1970. The two began a relationship. She persuaded Groucho to perform a one-man show that proved to be wildly popular. A performance at Carnegie Hall was recorded and released as An Evening with Groucho. That, too, was a huge success.

Groucho’s son, Arthur, accused Erin, a failed actress, of exploiting an increasingly senile Groucho in pursuit of her own stardom. In Groucho’s later years, his heirs filed several lawsuits against her. One allegation leveled against Fleming was that she was determined to sell Groucho’s favorite Cadillac against his wishes. When Groucho protested, Fleming allegedly threatened, “I will slap you from here to Pittsburgh.”

Groucho’s health began to decline quickly in 1977 and he was in and out of the hospital for most of the summer. On August 19, 1977, Erin Fleming made this statement to the Associated Press: Grouchos just having a nice little dream now. Hes just going to have a nap and rest his eyes for the next several centuries. Erin left the hospital, leaving Arthur, Arthur’s wife and son in Groucho’s room when he died. The court battles over Groucho’s estate dragged into the early 1980s, but judgments were eventually reached in favor of Arthur Marx, ordering Erin to repay $472,000.

Erin’s mental health deteriorated in the 1990s. She used to go into Saks Fifth Avenue, try on clothes and put them on lay away, and never go back to finish the sale. She would twirl around Saks and sing to herself. She was arrested in Los Angeles on a weapons charge, and spent much of the decade in and out of various psychiatric facilities. Reports from later in her life identified Erin as homeless. She committed suicide in 2003 by shooting herself.