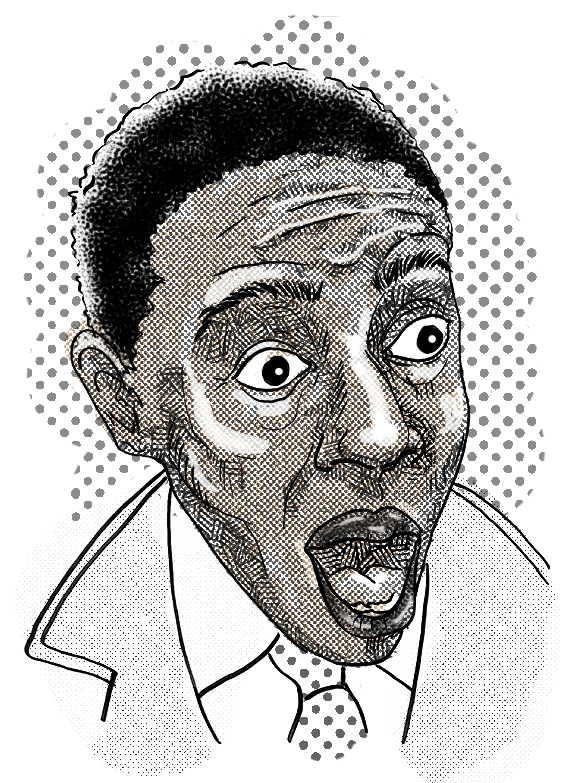 Willie Best arrived in Hollywood by way of Sunflower, Mississippi as chauffeur for a vacationing couple. He began performing with traveling shows in California. He became a regular character actor in Hollywood after a talent scout discovered him on stage. Along with black actors like Lincoln Perry (better known as “Stepin Fetchit”), Willie was usually cast in supporting film roles of janitor, valet, elevator operator or train porter. Willie’s characterization of the stereotypical Hollywood lazy black man earned him the stage name “Sleep ‘n’ Eat.” He was billed under this name for many of his films, if he was billed at all. He appeared in over one hundred films in the 30s and 40s. Bob Hope, with whom he co-starred in 1940s The Ghost Breakers, called Willie “the best actor I know.” Hal Roach called him one of the greatest talents he had ever met.

In the 1950s, Willie played Charlie, the elevator operator on the popular sitcom My Little Margie and the valet of the title character on another sitcom, The Trouble with Father. Gale Storm, Willie’s Margie co-star, said he was an absolute joy to work with.

Willie’s lifestyle differed vastly from his on-screen character. He was a sharp dressed socialite who kept company with fine women, and eventually fine drugs. He was busted on narcotics charges in 1951.

By the late 50s, Willie and his screen persona were vilified by civil rights groups, forcing him to withdraw from show business. Once beloved as a great clown, then reviled, then pitied, Willie died in obscurity from cancer at age 45 at the Motion Picture Home Hospital in 1962.

His grave remained unmarked for almost fifty years until fans purchased a headstone in 2009.