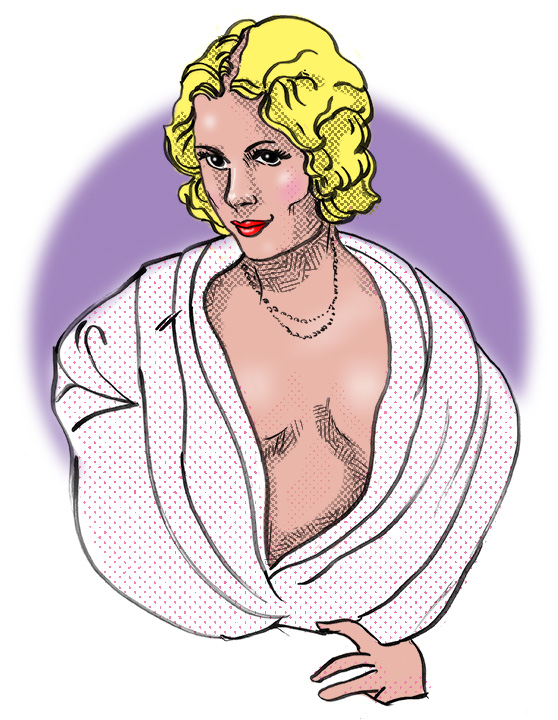 After making her stage debut in Pittsburgh at the age of 17, Myrna J. Darby moved to New York City. She won a beauty contest that was sponsored by a newspaper. Showbiz impresario Florenz Ziegfeld saw Myrna’s photograph and hired her to appear in his 1926 production No Foolin’ on Broadway. The following year, Myrna was featured in the famed Ziegfeld Follies. Theatre critics unanimously agreed that Myrna was the most beautiful girl to appear in the show. The blond-haired, blue-eyed Myrna was wildly popular among audiences.

Myrna’s likeness was used in a number of print advertisements for Lucky Strike cigarettes and she posed nude for photographer Alfred Cheney Johnston. Myrna also began an affair with a married pianist, with hopes of marriage herself. He eventually reconciled with his wife and Myrna was crushed. She found solace with a British millionaire who lavished her with jewelry, furs and other expensive gifts. Myrna’s heart was broken once again, when he unexpectedly married another woman.

Under constant pressure from Ziegfeld to maintain her weight, Myrna exercised obsessively. In the summer of 1929, Myrna suffered a severe sunburn that affected her physical health. A month later she was hospitalized with a serious tonsil infection. Myrna’s health continued to decline and she passed away on September 26, 1929 at the age of twenty-one. Doctors gave the cause of death as a heart inflammation brought on by excessive exercise.

Sometime after her death, it was revealed that a fan — someone Myrna only met once — paid for her extensive hospital bills.