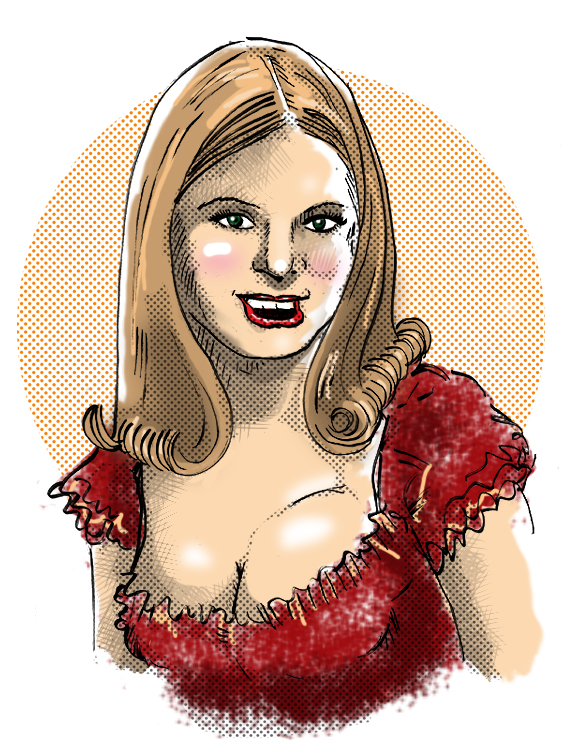 Dark-haired with a brilliant smile, Mikki Jamison embodied Hollywood’s vision of “the girl next door.” She made numerous guest appearances in black & white series in the early days of television. From her 1962 screen debut in Hawaiian Eye, Mikki popped up in episodes of Dennis the Menace, The Many Loves of Dobie Gillis, The Donna Reed Show and The Adventures of Ozzie and Harriet… during which she dated Ricky Nelson. Mikki appeared in an episode of the sitcom Hazel as the wife of Lancer star James Stacy.

Mikki was tagged to star as “Veronica Lodge” in a pilot based on the popular Archie comics, featuring Frank Bank in the title role. Only a pilot was filmed and it was not picked up as a series. Bank cited his own typecasting and identification as “Lumpy Rutherford,” his role on the recently-canceled Leave It to Beaver.  He felt that audiences could see him as another character. In 1965, she was cast in a pair of teen films — one, a beach party movie with Edd “Kookie” Byrnes and the “anti-beach” movie Ski Party with Frankie Avalon.

Later, Mikki was cast as the wife of Kent McCord on the police drama Adam-12. Often referenced, but rarely seen, Mikki appeared in three episodes. After a small role in the action superhero series Wonder Woman and the adventure film Sea Gypsies, Mikki called it a career in 1978.

In June 2013, 70 year-old Mikki was traveling alone on a highway in Idaho. Her car crossed the center line and drove head on into an on-coming pick-up truck. She died instantly.