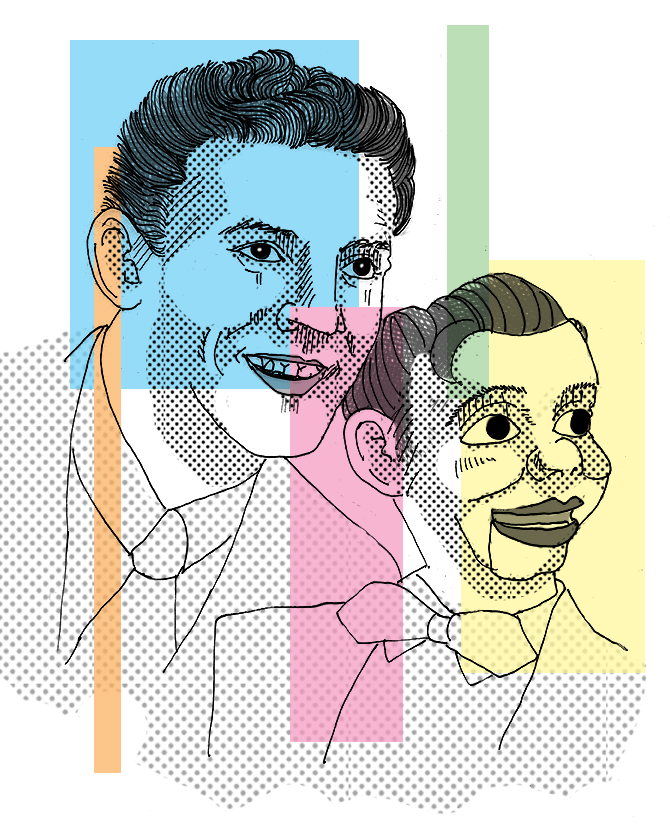 Paul Winchell was an unusual character. He was an accomplished ventriloquist, taking up the hobby to overcome a pronounced childhood stutter and to bide his time while confined to bed as he battled polio. He eventually returned to school, where he constructed a ventriloquist dummy in exchange for class credit. He cobbled together jokes and soon he had a little act with his homemade figure, Jerry Mahoney, a name chosen as an homage to his teacher. In 1938, he took first prize on the Major Bowes Amateur Hour. He was spotted by bandleader Ted Weems, who offered Paul a contract. Paul became a professional entertainer at 14.

Paul enjoyed a very successful career as a ventriloquist, as well as a voice-over artist and live action actor. Paul hosted his own Winchell-Mahoney Time comedy show, and made guest appearance on a variety of network shows, both comedies and dramas. He provided the voice for a slew of cartoon characters, including “Dick Dastardly,” “Gargamel,” “Tigger,” as well as the Toostie Roll owl and the Dow Scrubbing Bubbles.

However, Paul had originally aspired for a career in medicine and medical research. He took pre-med courses, but veered off and became a certified acupuncturist and hypnotist. Between acting jobs, Paul developed an artificial heart, with the help of Dr. Henry Heimlich. His design was nearly identical to a device created by Dr. Robert Jarvik and the similarities were the subject of debate. Paul was awarded patents for a variety of inventions, including a disposable razor, a flameless lighter, a retractile tip fountain pen and battery-heated gloves. He also developed a method for farm-raised tilapia to feed impoverished tribes in Africa.

With all of his success and celebration, Paul was a very unhappy man. He chronicled his depression in a 2004 autobiography. His daughter, voice actress April Winchell, took offense to her father’s book, particularly the way her mother was portrayed. April labeled her father as neglectful and a chronic drug abuser. Although once close, Paul and April’s relationship had become estranged.