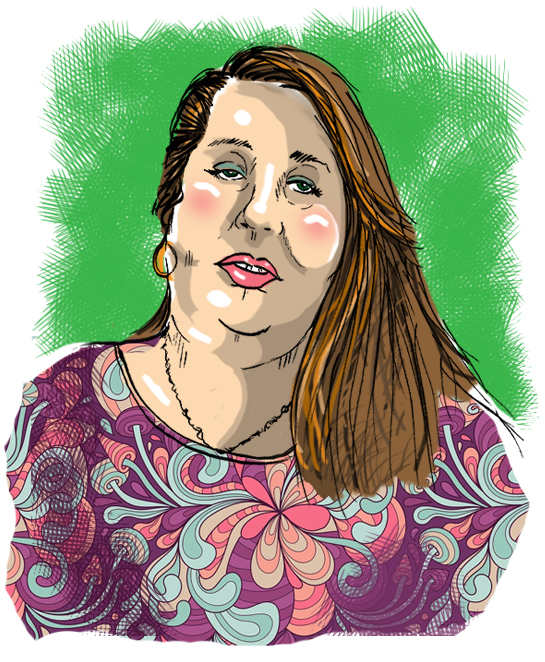 Once and for all, Mama Cass Elliot did not choke to death on a ham sandwich in 1974. Stop saying that she did.

Born in Baltimore, the former Naomi Cohen adopted the name “Cass Elliot,” while in high school, taking her first name either as a tribute to actress Peggy Cass or Ziegfeld comedienne Cass Daley and her surname to honor a classmate who had passed away. She became interested in acting, landing a small role in a summer stock production of The Boy Friend and later touring with a troupe performing The Music Man, however she lost a part in I Can Get It for You Wholesale to Barbra Streisand. Cass pursued a singing career only after attending American University in Washington, DC (not Swarthmore as chronicled in the song “Creeque Alley”).

After her first group, “The Big 3,” broke up, she and band mate Jim Hendricks teamed up with Zal Yanovsky and Denny Doherty to form The Mugwumps. When Yanovsky left to join the Lovin’ Spoonful, Cass and Doherty joined former New Journeymen duo John and Michelle Phillips. The new quartet called themselves the Mamas & the Papas.

The new group were popular immediately, with “Mama” Cass as the group’s standout charismatic singer. However, a volatile combination of infighting and infidelity led to the band’s demise by the end of the 1960s.

Cass embarked on a solo career. Her debut show at Caesars Palace in Las Vegas was a disaster. Cass’s voice was weak and strained and she had barely rehearsed. That, coupled with a shot of heroin prior to taking the stage, spelled a quick downfall for the singer. Her scheduled engagement was canceled after one show and Cass sunk into depression.

She released several albums and, on the advice of her manager, reinvented herself as a cabaret singer, shying away from the rock scene. She made frequent appearances on talk and variety shows, even guest-hosting for Johnny Carson on The Tonight Show.

Five years after the ill-fated Caesars Palace show, Cass opened at the Flamingo to rave reviews. In April 1974, she collapsed backstage at The Tonight Show, just prior to her appearance. She was hospitalized but was discharged within days, chalking the incident up to exhaustion. In the summer of 1974, she signed to a two-week engagement at the London Palladium, often playing to half-full houses. After her final concert, she attended a party at Mick Jagger‘s London home. Afterwards, she returned to the flat she was renting from singer Harry Nilsson. She called her former Mamas & the Papas band mate Michelle Phillips and chatted briefly. Mama Cass then went to sleep. She suffered a fatal heart attack during the night. She was 32 years old.