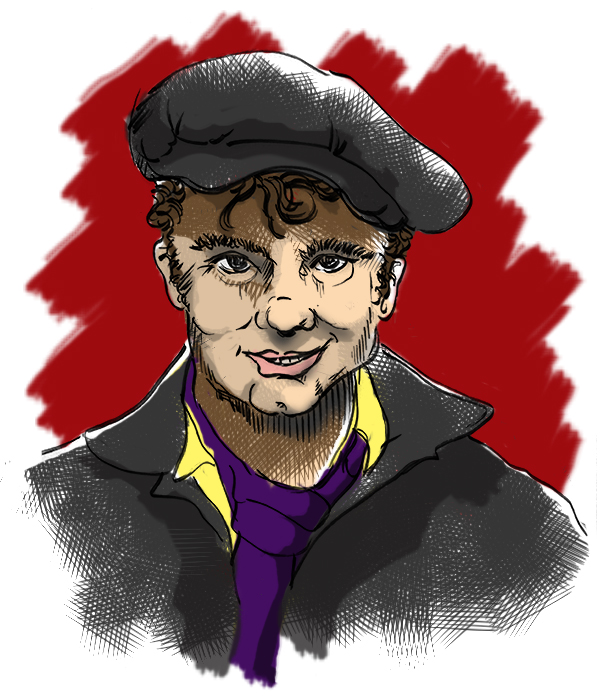 Michael J. Pollard enjoyed a long and prolific career as a character actor, appearing in quirky roles on television and in movies. His most recognizable role was as “C.W. Moss” in the 1968 film Bonnie and Clyde. The role earned Michael an Oscar nomination.

In 1990, actor-director Warren Beatty, Michael’s co-star in Bonnie and Clyde, offered him the role of sound expert “Bug Bailey” in the comic-strip homage Dick Tracy. The film was filled with big name Hollywood actors — Al Pacino, Paul Sorvino, James Caan, Dick Van Dyke, Dustin Hoffman — all appearing under a ton of theatrical make-up to mimic the outrageous faces of the original drawings in the popular comic. Beatty felt that Michael J. Pollard’s facial features were so cartoon-y on their own, that the actor appeared with no additional make-up.