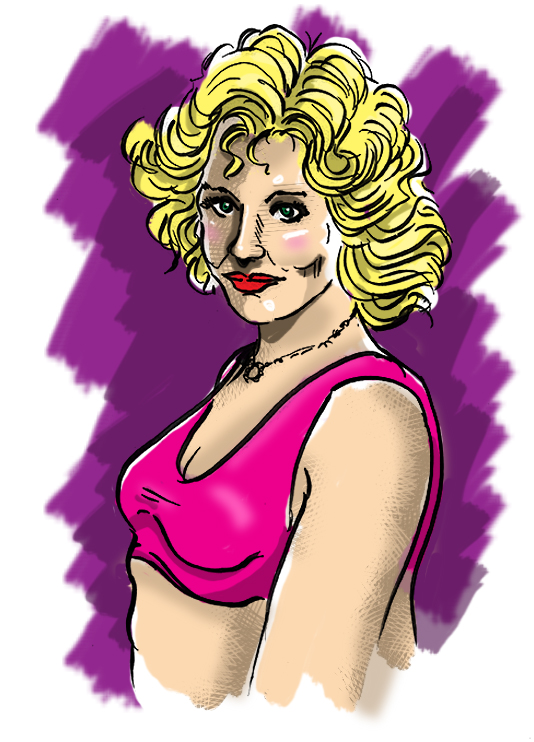 In her native Cuba, Luisa Cira Castro Netto worked as an accountant. She left Cuba amid the political upheaval of the early 1960s, arriving in New York City with aspirations of a career in acting. Wanting to disassociate herself from Fidel Castro, a distant relative, she adopted the surname “Moritz,” from the Hotel St. Moritz.

Louisa made her motion picture debut in the low-budget exploitation film The Man from O.R.G.Y., playing the first of a long line of ditzy blondes she would portray throughout her career. She was cast as a prostitute in the Oscar-winning film One Flew Over the Cuckoo’s Nest in 1975. She took small, but similar roles in The Happy Hooker Goes to Washington, Up In Smoke, The Last American Virgin and a dozen more. Louisa appeared in various television series including Love American Style, Happy Days, One Day at a Time and M*A*S*H.

Louisa later attended law school, graduating at the top of her class at Abraham Lincoln University in Los Angeles. She had an active law practice until she was disbarred by the state of California.

Louisa was one of the first women to accuse Bill Cosby of sexual assault, claiming the comedian forced her to perform oral sex in a dressing room at the Tonight Show in 1971. She sued for defamation when Cosby accused her of lying.

Louisa passed away in January 2019 from injuries suffered as a result of a fall. Her age was disputed.