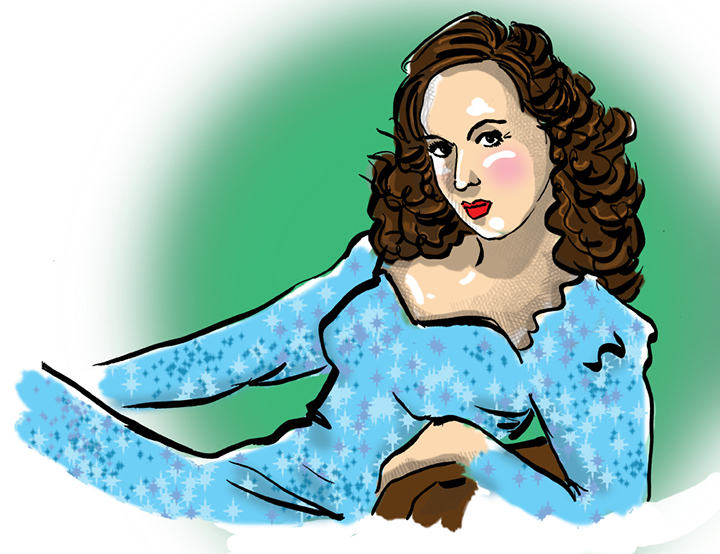 Twenty year-old fashion model Susan Hayward headed to Hollywood with dreams of becoming a movie star. Like most hopeful actresses, Susan started in some bit parts in some “B” pictures. Some of her roles never made it past the editing room. It was producer Walter Wagner who, taking a chance on the young actress, launched her career. Signing Susan to a multi-year contract worth a whopping $100,000, Wagner cast her in Canyon Passage in 1946.

Susan became an in-demand actress with her first of five Academy Award nominations for Smash-Up, the Story of a Woman,  in 1947.  Susan was paired with top actors, like Clark Gable, Robert Mitchum and Charlton Heston in numerous big-screen blockbusters through the 1940s and 1950s. Susan was famously cast by Howard Hughes in his misguided epic The Conquerer starring John Wayne in full racist make-up as Genghis Khan. The Conquerer was filmed near a government testing site for atomic weapons and an overwhelming majority of the cast and crew contracted cancer, including  John Wayne, Agnes Moorehead, Pedro Armendáriz (who took his own life), and director Dick Powell. The film was panned. She redeemed her reputation the following year and won an Oscar for her portrayal of convicted murderer Barbara Graham in 1958’s I Want to Live, her last film for producer Walter Wagner.

In the 1960s, Susan’s career began to decline. She replaced Judy Garland in the camp classic Valley of the Dolls and made a succession of forgettable failures.

In 1973, Susan was diagnosed with brain cancer. She continued to act for as long as her health would allow. Susan made her final on-screen appearance at the 1974 Academy Awards as a presenter with one-time co-star Charlton Heston. She passed away in early 1975 at the age of 57.