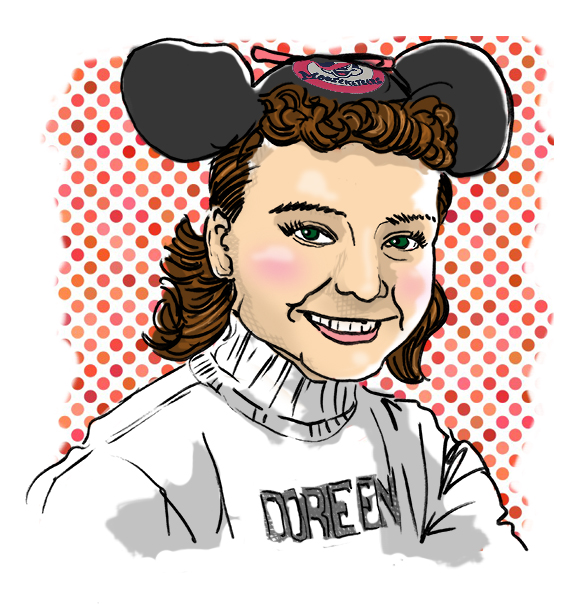 Doreen Tracey grew up singing and dancing, thanks to her father’s dance studio. At 12, young Doreen auditioned for The Mickey Mouse Club along with hundreds of other talented children (including singer Paul Williams and actress Candace Bergen, who didn’t make the cut). She was picked and stayed with the show for all three seasons. Doreen appeared in the Disney-produced family film Westward Ho, the Wagons!, with Fess Parker and several of her fellow Mouseketeers. In the third season of The Mickey Mouse Club, she was featured in the serial Annette (a show within a show) with co-star Annette Funicello.

When The Mickey Mouse Club ceased filming, Doreen performed in teen nightclubs and gave live concerts. She starred on a 1959 episode of The Donna Reed Show as Mary Stone’s (Shelley Fabares) friend along with guest star, singer James Darren. Later, she toured South Vietnam, entertaining US Troops with her rock group Doreen and The Invaders. Later, she moved on to work as a publicist for Frank Zappa.

In the 70s, Doreen posed nude for Gallery, a mens’ magazine. This caused a rift in her relationship with the Walt Disney Company. Years afterwards, she reconciled with the Disney Company, and began appearing at company promotional events. In her 2001 autobiography, Confessions of a Mouseketeer, Doreen related the incident and regretted posing for the photos.

Doreen died in January 2018 after a two-year battle with cancer. She was 74.