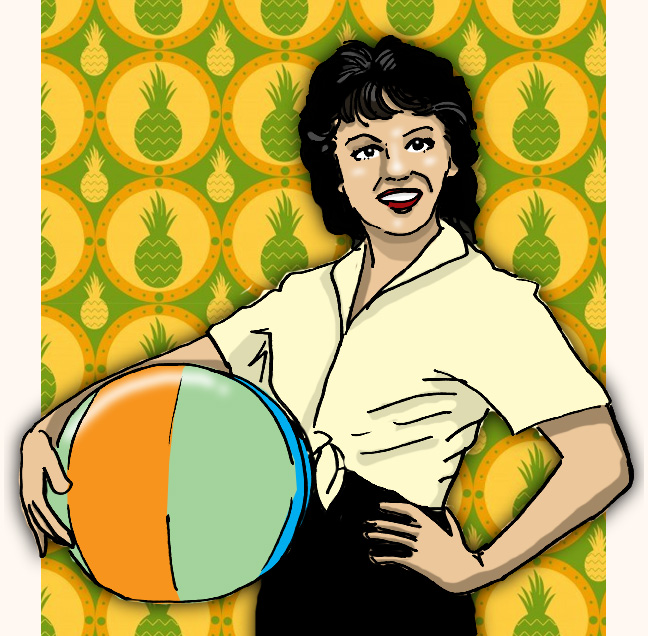 I don’t believe there is such a thing as a “guilty pleasure.” I think if you like something, you like it and you should enjoy it and not be embarrassed by the fact that you enjoy it.

I am proud to say that I am the owner of the Frankie and Annette “Beach Party” DVD box set. I don’t hide the fact that I love each and every one of those hokey, paper thin-plot masterpieces. I love watching them and I do so quite often. When I pop one into my DVD player, it’s like an old friend has come to visit, pulling up in my living room in its woody, waxing down its longboard and catching a wave. The dialogue is awful. The acting is sub-par. The songs are formulaic from one film to the next… and I just can’t get enough of ’em. The best thing about these films is they don’t pretend to be anything more than what they are. They were conceived to cash in on the popularity of the California surfing craze, the budding rock & roll market and the precious teenage demographic. With producer William Asher at the helm, they hit their mark and lasted for twelve films over five years. When Beach Party, the first film in the series premiered in 1963, its main draw was every adolescent boy’s dream girl, little Annette from Walt Disney’s Mickey Mouse Club – now all grown up and twisting on the beach in her two-piece bathing suit (not revealing her navel, as requested by dear old Uncle Walt).

Annette passed away today. She was 70 years old and she had been living with multiple sclerosis for 22 years. She had lost the ability to walk and soon after, lost the ability to speak.  I will miss Annette, but I can always have a visit from her anytime I wish. She can be dancing with her Frankie, waving the checkered flag at the end of a hot rod race or conspiring with Peanut and Animal to get even with those no-good boys!

Annette will always be the Pineapple Princess.