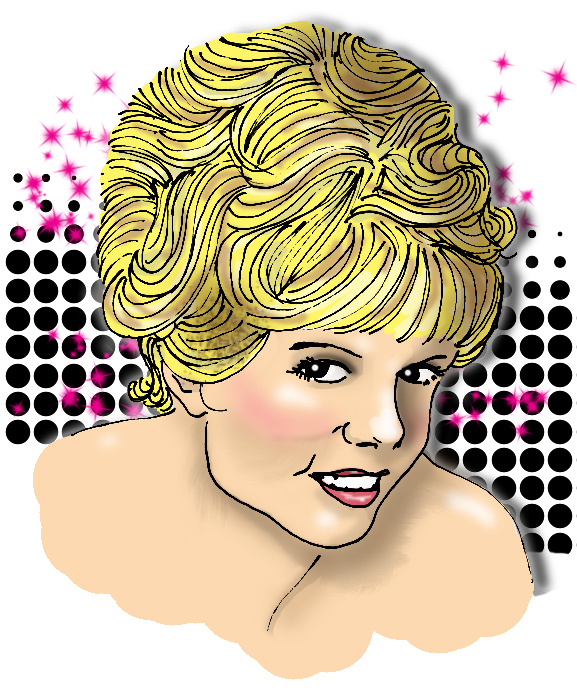 As a child, little Sue Hamilton had aspirations of becoming a farmer, but sometimes things change. And things changed for Sue.

After high school, Sue began modeling. A photographer with whom she worked sent a sampling of her pictures to Playboy. The magazine was impressed and contacted Sue. She was elated — never believing that, at just under five feet tall and weighing in at 98 pounds, she was Playboy material. A date was set for a photo shoot and Sue (posing under the name “Sue Williams”) became Miss April 1965. She was one of the shortest Playmates in the publication’s history, as well as the first with breast implants.

When the brief fame that the Playboy appearance brought died down, she returned to her job as a secretary at a film processing company in Burbank, California. A scout from American International Pictures (AIP) saw her pictorial in Playboy, sought her out and signed her to a long-term contract. Her debut role as “Peanut” in the beach party romp, How to Stuff a Wild Bikini (Frankie Avalon’s last beach movie), gave her two speaking lines. She went on to make four more films under the directorial guidance of AIP mainstays William Asher (husband of Elizabeth Montgomery and creator of Bewitched)  and Norman Taurog (Oscar’s Best Director in 1931).

In 1965, Sue, along with other AIP contract actresses, went on a publicity tour for the auto racing comedy Fireball 500. During the course of the tour, she was interviewed for a newspaper article about dieting. Sue confided that despite her tiny stature, she strictly avoided butter, potatoes, sauces, gravy, and dessert. Dinners, she explained, were a small sliver of meat and several peas.

Sue continued modeling for four more years, until she committed suicide in 1969 at age 23.