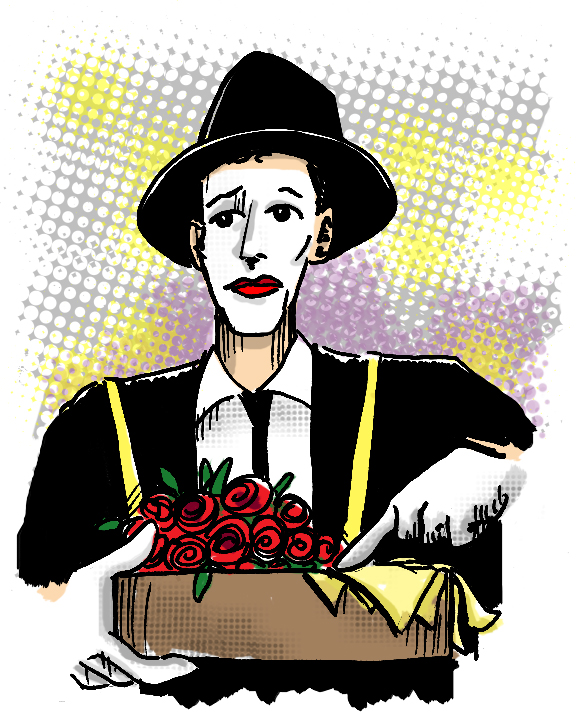 The Orlons sure knew what they were talking about in their 1963 hit “South Street”. By the time I started hanging out on Philadelphia’s South Street in the 70s, it was still  the hippest street in town. Compared to the mundane sameness of Northeast Philadelphia (where I grew up), South Street may as well have been on another planet. Weekdays on South Street, the unofficial southernmost boundary of “Center City Philadelphia”, were nothing special or even out of the ordinary. The street was lined with businesses and a moderate amount of shoppers and browsers strolled the sidewalks. Weekends were a different story. After struggling through class after boring class all week long in high school, South Street was the perfect destination for blowing off some steam.

At George Washington High School, in the hallway chaos between classes, plans were made with friends for the weekend. Someone was given the task of securing the use of Dad’s car for the night. As night fell on Saturday, that car would make the regular stops at the predetermined time and an unsafe amount of passengers would pile into the vehicle for the 30-minute drive to our local Xanadu.

South Street glittered under the streetlights. The few municipally-placed trees were laced with twinkling lights. Storefronts were lit with harsh neon giving the store’s window displays an ethereal glow and loud, cacophonous music blared from each open doorway. A peculiar blend of smells drifted from the varied eateries, mingling into a fusion that was alternately enticing and nauseating. The narrow, uneven sidewalks were packed with people  in a weird approximation to Logan’s Run none under the age of 30. It was an all-out assault on our sheltered, Northeast Philly senses  and boy!  did we love it.

After storing the car in a relatively safe parking garage (where we all chipped in for the fee), our first order of business was food and our first stop was Frank’s Pizza at the 2nd Street corner of South Street. This cramped, unassuming joint was jammed with a knot of patrons that was “in the know”  about Frank’s oven-baked tomato and cheese manna. This was not the assembly line shit I was served from any number of mall food courts. This was a time-honored, secret recipe masterpiece that Frank’s nonna had perfected in the Old Country many years prior to her waving “Hello” to Lady Liberty in New York Harbor. We could have stayed all night at Frank’s gorging ourselves, but there was plenty to see out on South Street. Once sufficiently stuffed with pizza, we’d peruse the risque greeting cards (giggling at the overtly homoerotic images) at Keep In Touch  right next door. Then onto Zipperhead and Rosebud to marvel at the fashionably-ripped leopard-print pants our parents would never approve of our wearing.

It was on South Street I got my first taste of that unique form of entertainment  the busker, or street performer. South Street was dotted with its share of  wannabe musicians and singers. A barefoot guy in a floppy hat banging on an out-of-tune guitar would be wailing for handouts just a few feet from a waif-like young lady doing her best a capella  Joni Mitchell and a pony-tailed young man waving a fanned deck of playing cards urging passers-by to “pick one, any one”. Each had an upturned hat or unlidded cigar box placed before them for donations and each was having a modicum of success. There were even some performers, like local legend Waco Smith, who had some notoriety and a small fan base. (Waco, who passed away in 2001, encouraged a young G. Love to sing). In addition to the musical entrepreneurs, there were others who used other methods to hustle a buck or two. One in particular was Flower Man.

Flower Man was a mysterious figure of slight build, clad in a ratty, secondhand tuxedo. His face was daubed with stark white greasepaint and contrasting ruby red lips. He had a wooden tray strapped to his front, that displayed his wares  a surplus of deep red single roses and an unruly pile of pale yellow tissue paper. He prowled the corner of 4th and South, in the shadow of Copabanana and Jim’s Steaks, silently  almost telepathically  offering his floral commodities to the sidewalk-clogging crowds. Usually my excursions to South Street were dates (sometimes double or triple), so, for me,  a purchase from Flower Man was standard. Flower Man made a little spectacle for each transaction  carefully selecting the perfect rose, snipping stray leaves from its stem and wrapping it in tissue with exaggerated flourish  all the while leering seductively at the female half of the purchasing couple.

I made plenty of purchases (for plenty of girls) from Flower Man. When I was in art school in the early 80s, I used Flower Man as my inspiration for several projects. In an Experimental Medium class, I cut, glued, scored and folded a variety of papers into a colorful paper sculpture using Flower Man as the subject. In a Silk Screening class, I hand-stretched a screen and fashioned several stencils for each color of a print, again, with Flower Man as the focus. I was so pleased with the final results of the screened prints  a vivid, six-color, hand-pulled design enhanced by its presentation on black paper  that I gave a few as gifts to family members. I even gave one to Flower Man himself.

I got married almost immediately after graduating from art school. Our first few years of married life were spent in a two-story rented townhouse in Northeast Philadelphia. Soon, we were able to move into a beautiful, old twin home with hardwood floors and loads of character, just outside of the city. Mrs. Pincus and I filled our home with an array of quirky antiques and kitschy reminders of our youth. My wife frequented numerous flea markets and thrift shops searching for that elusive thing  that would look perfect in that empty corner of whatever room had an empty corner. One day, Mrs. Pincus went to idly examine the new arrivals at a Salvation Army store near our home. After roaming the aisles, she noticed it was approaching “pick-up” time at our son’s school, so she gathered her selections and proceeded to the cash register to pay. The customer ahead of her was discussing a large framed piece of art with the cashier.

“Do you know anything about this?”, the woman asked the volunteer cashier, as she held the frame out for inspection.

The woman turned the frame over so the art faced her and, sequentially, my wife. Mrs. Pincus’ eyes widened and she was hit by a jolt of recognition. The frame, in this woman’s hand, in this arbitrary Salvation Army store, held a print that I had created years earlier. It was a silk-screened print of Flower Man.

An “Oh my God” involuntarily slipped from my wife’s lips and then she said to the woman and cashier, “I know the artist. It’s my husband.”

The pair were dumbfounded (as was my wife). “Really?”, asked the woman, now quite intrigued, and she re-examined the piece with the assumed eye of a seasoned art collector. Then, she quickly turned to the cashier, paid for the framed print  my  print  and hurried out of the store.

I don’t know how that print found its way to that thrift shop. I don’t know why that woman anxiously purchased it and made a hasty exit.