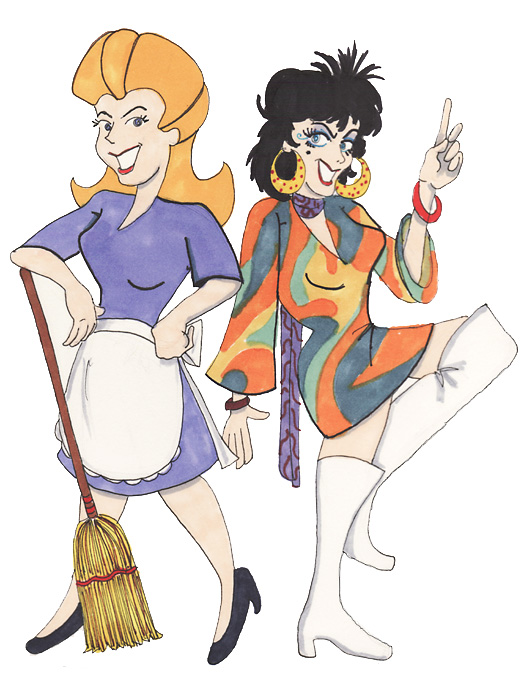 Bewitched‘s Samantha Stephens was a typical late-1960’s housewife. She was demure and straight-laced. She had a loving husband, Darrin, a hothead who was incompetent in his job. She had an adorable daughter who followed in her mom’s footsteps and an infant son. Her mother, Endora, who was estranged from her father, disliked Darrin. Oh, and Samantha was a witch.

Samantha had a cousin Serena. Except for her dark hair and heart-shaped birthmark, Serena was Samantha’s identical twin. However, they were total opposites. Serena was a wild, free-spirit hippie with an affinity for psychedelic miniskirts. She kept company with prankster Uncle Arthur and she loved rock and roll music, once teaming with 60’s singers Boyce and Hart. Oh, Serena was a witch, too.