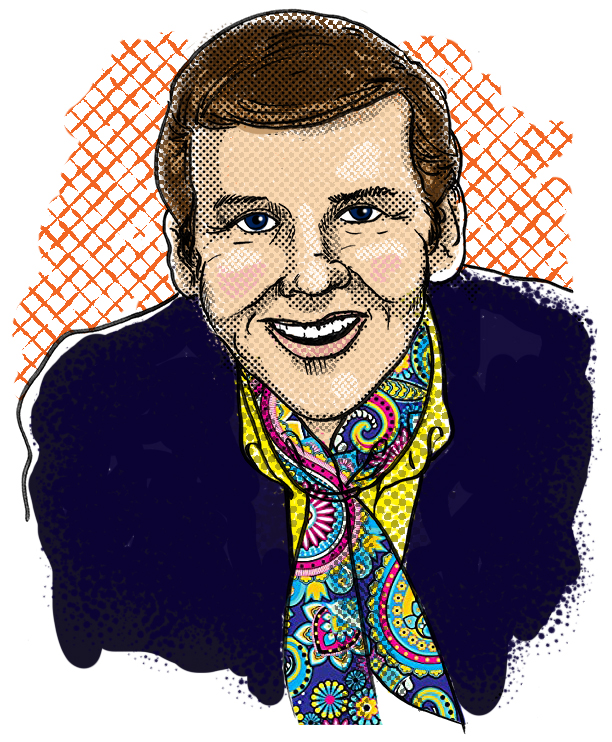 It’s hard to believe that an entire generation missed out on the humor of Paul Lynde.

Paul Lynde started his career as a stand-up comic, even recording a comedy album. He moved to Broadway, where he appeared in his most famous role as Harry McAfee, the concerned but overprotective father of Kim in Bye Bye Birdie. This led to a variety of guest shots on some of the 60s most popular sitcoms, such as The Munsters and I Dream of Jeannie. He reprised his stage role, along with fellow cast member Dick Van Dyke, in the film version of Bye Bye Birdie. Paul’s role was trimmed considerably from the stage version in order to highlight young rising star Ann-Margaret. Paul said “They should have retitled it ‘Hello, Ann-Margret!’ They cut several of my and the other actors’ best scenes and shot new ones for her so she could do her teenage-sex-bombshell act.”

Paul was cast as the reoccurring character Uncle Arthur in Bewitched. He also did a handful of cartoon voice-overs. Unfortunately, his drinking and partying interfered with his career and he became unreliable and fell out of favor with producers and directors. In 1965, Jim Davidson, Paul’s young partying companion, fell to his death from Paul’s eighth floor hotel room. The subsequent scandal almost ruined Paul’s career, but he managed to bounce back.

When Bewitched was canceled, Paul turned to game shows. He took the coveted “center square” on The Hollywood Squares. Paul was a huge success, giving slyly prepared answers to seemingly innocent questions. His best-remembered quips were thinly-veiled allusions to his homosexuality. When host Peter Marshall asked “You’re the world’s most popular fruit. What are you?,” Paul replied, “Humble.” Another time, Paul was asked “Why do Hell’s Angels wear leather?” to which he answered “Because chiffon wrinkles.” His answers were famous, often skirting the censors with double entendres.

With his regained popularity, Paul was given his own eponymous sitcom. The show was a cheap rip-off of All in the Family, casting Paul as the frustrated uptight dad dealing with his family of liberals. No one believed the preposterous premise and the show was canceled after one season. He next appeared in the salvaged sitcom Temperatures Rising for the remainder of its brief network run. Paul also starred in the infamous Paul Lynde Halloween Special  in 1976. The special featured such diverse 70s guests as Roz “Pinky Tuscadero” Kelly, Margaret “Wicked Witch of the West” Hamilton, Florence “Mrs. Brady” Henderson and the first prime-time network appearance of KISS. All through the series and the special, Paul’s alcohol intake increased, eventually getting him fired from The Hollywood Squares. Paul was the alleged inspiration for a gag which made its way into the movie Groundhog Day. After a drunken high-speed chase through the San Fernando Valley, Paul crashed his car into a mailbox. When the cops approached the wreck with their guns drawn, Paul lowered his window and ordered a cheeseburger with no onions and a large Sprite.

One night in January 1982, Paul missed a dinner date with a group of friends. The concerned group rushed to his Beverly Hills home. Paul was found dead, possibly for several days. He was naked and surrounded by amyl-nitrite poppers, an inhalant used to enhance sex. The unofficial story was that Paul suffered a heart attack while having sex with someone who just walked out when the seizure happened, without calling for help. The official story only mentioned the heart attack.